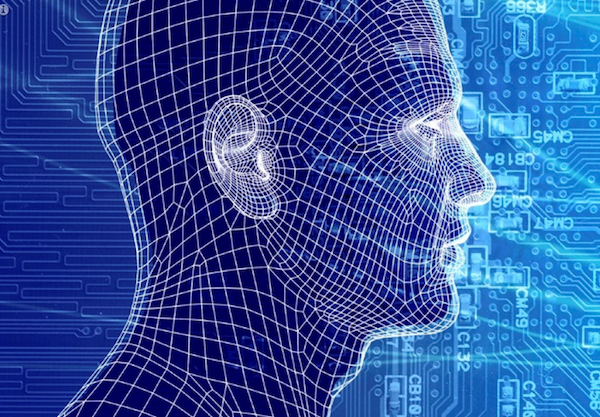 Discussions about the consequences of AI are far reaching and reviewing it requires some guidelines to avoid being trapped in speculation and science fiction scenarios. To follow this line of thought the following topics are addressed:

Definition: According to Wikipedia Artificial intelligence (AI) is intelligence displayed by machines, in contrast with the natural intelligence (NI) displayed by humans and other animals. In computer science, AI research is defined as the study of “intelligent agents”: any device that perceives its environment and takes actions that maximize its chance of success at some goal. Colloquially, the term “artificial intelligence” is applied when a machine mimics “cognitive” functions that humans associate with other human minds, such as “learning” and “problem solving”.

Timeframe: Progress in AI is driven by computer science, neuroscience and the combination of both in order to eventually reach an AI that equals NI. To get to this point one distinguishes between the following building blocks:

Due to new hardware concepts and large government funding of research, the trajectory towards AI=NI is exponential. This trend is additionally supported by huge corporate investments from companies like Google, Amazon, Facebook, Apple, IBM and Microsoft. Chinese corporate giants like Alibaba, Tencent or Baidu are entering the race for AI supremacy as well.

Differentiation about the impact of AI: To assess the consequences of AI=NI, it helps to differentiate between economic, social and individual contexts. While the potential for positive consequences should be enhanced, it is vital that our society sets up barriers against misuse and propagation of negative impacts. Ethics has become a much discussed means to protect western civilization from the potential of extinction as a consequence of AI=NI.

One of the most discussed issues about the consequences of AGI is the potential of unemployment as analytical and cognitive tasks will be replaced by intelligent machines. The latest McKinsey study on the effects of work transition and job automation published in December 2017 reveals a rich mosaic of potential shifts in occupations in the years ahead, with important implications for workforce skills and wages. The key finding is that while there may be enough work to maintain full employment to 2030 under most scenarios, the transitions will be very challenging—matching or even exceeding the scale of shifts out of agriculture and manufacturing we have seen in the past. In the United States, for instance, the agriculture share of employment declined from 58 percent of total employment in 1850 to 2.5 percent of employment today. Machines can take on work that is routine, dangerous, or dirty, and may allow us all to use our intrinsically human talents more fully. But to capture these benefits, societies will need to prepare for complex workforce transitions ahead. For policy makers, business leaders, and individual workers the world over, the task at hand is to prepare for a more automated future by emphasizing new skills, scaling up training, especially for midcareer workers, and ensuring robust economic growth. According to the Mc Kinsey study, about 375 million people will need to switch occupational category by 2030.

Another aspect of the economic impact of AGI is that machine intelligence based services are globally controlled by a handful of rapidly growing companies like Google or Amazon. They have successfully reached market dominance by the distribution of ‘intelligence’ and/or ‘products’ directly to the consumer via internet. While Google reinvests its massive advertising profits to expand its range of ‘intelligent services’, Amazon steadily improves and expands its ‘product delivery’ both in respects to high-tech logistics as well as customer fulfillment. To strengthen their market position both companies have established partnership models, licensing their services to third parties. Adding social media to this equation of market dominance, it appears that Facebook has captured the individual communication market as well. To sustain their dominant market position all three companies have built up powerful research centers to advance AI towards NI. To get there first, they compete for the world’s best talents and/or acquire innovative start-ups and spin-offs on a global scale. Anti-Trust laws are designed to limit monopolistic market power and assure competition. With ‘intelligence’ as its major assets it appears that anti-trust laws will be useless to control the expanding market power of these companies. Intelligence cannot be split-up and those that control it can execute power beyond anything our ‘laissez-faire’ economy has seen so far.

As cognitive intelligence becomes a commodity accessible to anyone, the complexity in dealing with issues that affect our personal life will increase. A virtual personal assistant, communicating with us in a sympathetic voice like a friend, can support us in our quest towards self-actualization. As this personal assistant can monitor everything we do including our emotional reactions, it will mirror our conscious experience and provide emotional support in difficult situations. As all experiences of our lives are converted to digital data, the question of trust and our personal integrity are at stake: what happens with all the information about our personality, our way we live and our interests and activities? Trusted parties that provide services to raise the value of our personality both commercially as well as emotionally are likely to emerge. For many of us, the days will be gone where employment provides a security blanket against outside disruptions. Time limited, project oriented employment, gives us a chance to explore many different opportunities and to personally grow as individuals. Personalized learning supported by AI to overcome weaknesses in understanding a specific topic will assist us in better matching our potential with jobs offered, hence increasing job satisfaction.

Peter Gray, Research Professor at Boston College makes the point that next to a ‘work ethic’ we should also pursue a ‘play ethic’. On the time scale of human biological history, work is a new invention. It came about with agriculture, when people had to spend long hours plowing, planting, weeding, and harvesting. Before that, for hundreds of thousands of years, we were all hunter-gatherers. In fact, quantitative studies revealed that the average adult hunter-gatherer spent about 20 hours a week at hunting and gathering, and a few hours more at other related tasks such as making tools and preparing meals. Some of their waking time was spent resting, but most of it was spent at playful, enjoyable activities, such as making music, creating art, dancing, playing games, telling stories, chatting and joking with friends, and visiting friends and relatives. “As a legacy of the industrial revolution, we have a cultural ethos that says people must work for what they get, and so we shun any serious plans for sharing wealth through means other than exchanges for work”. The combination of ‘work ethic’ and ‘play ethic’ might set the stage for a fulfilling work-life balance as time spent working can be organized in a much more flexible way, while the workload is reduced due to technological progress.

The event of AI=NI impacts economic, social and individual segments of our society. As we try to anticipate its consequences it becomes obvious that we need a more refined way to discuss the issues of intelligence. Besides cognition – emotional knowledge, consciousness, creativity and intuition are attributes of intelligence as well. Intelligence can be more generally described as the ability or inclination to perceive or deduce information, and to retain it as knowledge to be applied towards adaptive behaviors within an environment or context. To define intelligence beyond cognition the following simplified equation could apply:

One way to add Ethics to the equation involves the removal of biases in the training data to avoid racial discrimination in credit card applications, for example. Another includes the adherence to programming standards to avoid fraud as it happened with the Volkswagen diesel-emission scandal. In an attempt of self-regulation, the AI industry has several initiatives going to handle Ethics issues, realizing that without Ethics there is no future in AI.

To add Consciousness to the equation remains the most challenging part of AI reaching NI. Neuroscience and psychology supported by AI and IT, will hopefully overcome this century old philosophical debate answering the question how humans achieve consciousness and if intelligent machines can achieve some form of consciousness as well.