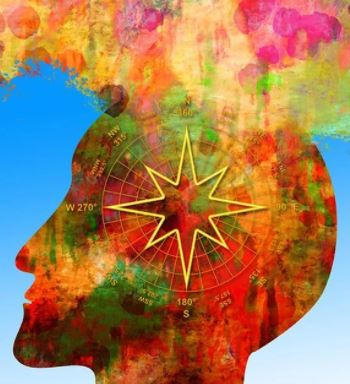 As digital transformation accelerates, interacting with ‘virtuality’ as an abstraction of the real world has created new forms of media-consumption both in respect to playing games or reading news. In accordance with the growing concern that gaming can lead to addiction, China has barred online gamers under the age of 18 from playing on weekdays and limited their play to just three hours on weekends, marking a significant escalation of restrictions on the country’s booming gaming industry. Among western nations, the impact of fake-news and user-profiling has raised addiction issues as well. While gaming and news-consumption share common psychological theories, the purpose of this essay is to discuss news-consumption as the source of a potential addiction-problem. Assessing the history of news-development and related organizational monopolies should provide some guidance as to how we can tackle news-addiction in the future.

A Short History of News

The exchange of news is one of the oldest human activities. The need to know what is happening helped to attract people to crossroads, campfires and marketplaces. In most parts of the pre-literate world the first question asked of a traveller was ‘What’s new?’. A similar fascination regarding news was evident in the Greek Agora and later in the Roman Forum, where the hubbub of spoken news was augmented with information from daily handwritten news sheets, as practised by Julius Caesar. In Europe, during the Middle Ages, elites relied on runners to transmit news over long distances. At 33 kilometres per day, a runner would take two months to bring a message from Bruges to Riga. In the early modern period, cross-border interaction created a rising need for information based on concise handwritten newssheets. The driving force of this new development was the commercial advantage that could be realized with up-to-date news.

The  News Monopoly from the 16th Century to the Present

The first newspapers emerged in Germany in the early 1600s.  News for public consumption was at first tightly controlled by governments. In Britain, according to a Licensing Act, publication was restricted to approved institutions as exemplified by ‘The London Gazette’, which prominently bore the words ‘Published By Authority’. The development of the electrical telegraph enabled news to travel faster and over longer distances. In 1866 a new undersea telegraph cable was installed to connect Ireland with Newfoundland, cutting trans-Atlantic transmission time from weeks to hours. Around 1900 Wolff, Havas, and Reuters formed a news-cartel, dividing up the global market into three sections, in which each had more-or-less exclusive distribution rights. In 1922 the British Broadcasting Corporation (BBC) began transmitting radio news from London, depending entirely on the monopoly of the British news agencies. As a novelty, BBC radio marketed itself as a news-provider ‘by and for social elites’ with a staff of broadcasters who spoke with upper-class accents. As practised in Britain, American radio-news avoided ‘controversial’ topics by adhering to the norms established by the National Association of Broadcasters. In the 1950s television news watching rose dramatically and by the 1960s replaced radio as the public’s primary source of news. In the U.S., television was run by the same networks which owned radio: CBS, NBC, and an NBC spin-off called ABC. In 1980 Ted Turner’s Cable News Network (CNN) inaugurated an era of 24-hour news, provided by communication-satellites covering the entire globe. Hence, today’s Tech-Giant’s efforts (Alphabet, Apple, Microsoft, Amazon and Facebook) to control and monopolize communications follows a long tradition. What  is different, however, is the incredible speed these new monopolies have evolved (within 25 years) and the economics applied in monetizing individuals behavioural and transactional data via internet.

The battle to break-up the monopolies of news agencies started already prior to the Internet. Back in 1976, the UN’s Educational, Scientific and Cultural Organization (UNESCO), proposed a ‘New World Information and Communication Order (NWICO)’, based on Article 19 of the Universal Declaration of Human Rights which states the following:

Everyone has the right to freedom of opinion and expression; this right includes freedom to hold opinions without interference and to seek, receive and impart information and ideas through any media and regardless of frontiers.

A report published in 1980, stated that the right to inform and be informed was critical to modern societies and that information was a key resource. The report proposed five main courses of action to achieve these goals:

While the report had strong international support, it was condemned by the United States and the United Kingdom as an attack on the freedom of the press. Both countries withdrew from UNESCO in protest in 1984 and 1985, respectively and later re-joined in 2003 and 1997. The discussions involved long-standing issues of media coverage in the developing world and unbalanced flows of media influence. Due to the rapid expansion of the internet these mostly idealistic and human-rights focused discussions have moved to the realm of digital media, stipulating issues such as ethics, fake-news or addiction with no solution in sight for reaching global consent.

The Cause of Addiction

Although the exact mechanisms of addiction remain unclear, some experts agree that sons of alcoholic fathers, for instance, are at three to four times the risk of abusing the drug, hence have a genetic disposition towards addiction.  Generally, a predisposition to abuse one drug applies to almost all other drugs. Alcoholism, for instance, may be present in as many as three quarters of cocaine addicts. Still, no gene has ever been identified and there is no such thing as a ‘pro-addictive’ personality, as other experts claim. So why do some people become addicted? Addictionologists have theorized that some people, particular those addicted to opiates, may have deficiencies in their brain reward systems, with fewer natural opiates circulating or fewer receptors active in the brain’s synaptic network. According to experienced psychiatrists the motivation to use psychoactive substances can often be traced to critical passages early in life. The ability to self-regulate mood and to maintain psychic homeostasis is a task learned between the ages of 1 and 3, when a toddler inherits such a function from caring parents. Many drug users seem to gravitate toward their ‘drug of choice’ as means of ‘self-medication’. Heroin, for instance, is remarkably effective at ‘normalizing’  people who suffer from delusions and hallucinations. Cocaine can quickly lift a depression or enable a person with attention-deficit disorder to become better organized and focused. For these people addiction is a troubling side effect in their attempts to relieve their own suffering. While positive reinforcement and  the pleasure of getting high entices a person to use a drug again, the result might implicate a so-called negative reinforcement. Tobacco smokers and opiate users experience this the most. Their motivation to use the drug is not to experience pleasure, but to relieve uncomfortable withdrawal symptoms. An addict’s pursuit of his drug becomes so monomaniacal that everything else, including the psychological pain that drove him to the drug, is forgotten. Hence, one goal of healthcare is to provide drugs that can control this craving. While there are still many unknowns, scientists believe that growing biological knowledge supported by the application of AI-tools will provide anti-addiction drugs in the near future. Above all, however, we need the healthcare professionals that know as to how and when these drugs can be applied.

How to Engage Curiosity against News-Addiction and Boredom

The human psyche is marked by a lifelong tendency to seek and acquire information. Novelty-seeking is one of the traits that keeps people healthy and happy and fosters personality growth as we age.

We are hardwired with the desire to learn and explore the world. Curiosity derives from an ‘information-gap’ – the difference between what you know and what you want to know. Indeed, the value of information can be measured by the extent to which a piece of information reduces our uncertainty about the world. The curious individual is motivated to obtain the missing information to reduce or eliminate the feeling of deprivation of not knowing.  Curiosity is a key to learning as a thorough understanding of any subject matter requires curiosity and persistent motivation. From brain research we know that neurons release dopamine in proportion to the difference between the anticipated and realized rewards of a particular event such as the presentation of ‘news’. The purpose of this dopamine surge is to make the brain pay attention to new and potentially important stimuli as neurons are activated by new stimuli. However, if the presentation of ‘news’ is consistently repeated, the neurons quiet down and dopamine is discharged less and less frequently. When the stimulus ceases to be novel we become accustomed to it. This implicates that the addictive quality of curiosity as the quest for knowledge can never be satisfied. Hence, the world is dull again until we find another subject to be excited about. This form of addiction, stipulating a relentless drive to fill the ‘information-gap’, is further enhanced by a feeling of increasing boredom with nothing to make-up the lack of ‘news’ unless the addictive cycle of relentless and compulsive news gathering is resumed. In contrast remaining bored accelerates the risk of developing anxiety or depression, falling into a state of ‘nerd-like’ emotional isolation.

Conclusion: Our Local Community as a Resource to Fight Addiction

’Huddling together’, exchanging experiences, recognizing that others might feel similarly about a difficult situation or finding joy in community activities will support a sense of belonging and reduce the threat of isolation and the potential of addiction. A healthy work-life balance with close access to nature will engage our genetic resources of survival in a technology driven world. We simply do not know what the accelerating information-overflow will do to the growing brain. Unfortunately, the raise of mental problems vis-à-vis the growing complexity of our daily lives is an indication that we are overextending our human and natural resources. We are flying through a dense fog with limited vision at accelerating speed and no direction – something humanity has not experienced before. There is no top-down solution to this problem.  We need to enact our resources locally, deducing individualism in favour of more social encounter, something humans practised for survival ever since they abandoned living in trees.