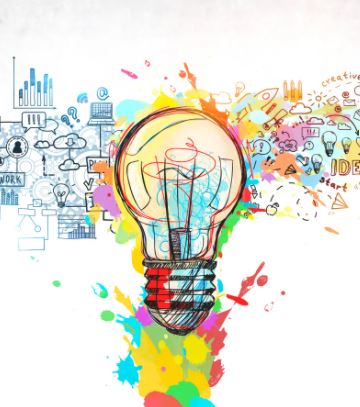 AI and computing performance provide valuable tools in advancing science and technology across a growing list of industry segments. Healthcare and precision medicine have made huge progress and -in combination with biotechnology and its application of nanobots –  are considered to represent the fastest growing businesses. The growth path is exponential, raising many ethical issues which governments and their slow process of comprehension have difficulty to keep under control. Hence, the question looms  as to how humanity can deal with biotechnology’s beneficial as well as destructive potential vis-à-vis a widening gap in socio-economic tensions largely caused by an uneven distribution of wealth and data-induced bias.

Why the Exponential Trajectory?

Digital transformation to create innovative products and services is driven by three principles: research methodology, economic theory and human behaviour. All three principles are intertwined with the implication that the modification of one principle affects the other two, creating a circular motion similar to a wheel that is spinning faster and faster along an exponential trajectory of change, described as follows:

With his 1962 Book ‘The Structure of Scientific Revolutions’, Thomas S. Kuhn, Professor at Berkely  introduced a major change in research methodology which governs scientific research to this day based on the following hypothesis: Science does not evolve gradually – Science remains constant before going through a paradigm shift – Scientific revolution occurs when a new paradigm explains observed external reality in a better way.

An ecological (or real-world) view defines economy in a hierarchy in which the economy is set within society and society is set within the rest of nature. The essential mission of a sustainable economy is to enhance the quality of life for everyone. However, this ’democratic’ concept is challenged with the  fact that human’s cognitive capacity and the growing spectrum of AI-based tools is becoming its key value driver. The ‘battle’ for the ‘best brains’ and its excesses in terms of salary or massive venture funding of start-ups is disrupting the equilibrium of our socio-economic foundation.

Human behavior is a complex interplay of three interrelated components: actions, cognition, and emotions. Modern approaches in behavioural research aim to explore the hidden and uncharted territory of the subconscious by measuring reliable outputs that provide deeper information as to what someone is really thinking. Progress in neuroscience, enhanced with steadily improving monitoring technology applying EEG, NIRS or fMRI , are driving the study of human behaviour to new frontiers, providing insight and knowledge or how humans react when confronted with a rapidly changing socio-economic environment.

The Exponential Trajectory of Nanobot-Technology

Precision-medicine and its application of nanobots are examples of an exponential trajectory of scientific and technological progress with no limit in sight so far. According to Gartner, nanotechnology continues to gain traction with estimations that it will reach a global net worth of over USD 8.6 billion by 2025. While many nanotechnology projects are still in the research and development phase, significant advancements are being made in tumour diagnosis and drug delivery. Nanobots are tiny biological machines that can deliver drugs to the target destination to make them more effective and reduce side effects. Traditional drug treatments such as cancer chemotherapy, can inject toxic compounds that indiscriminately damage healthy tissues. In contrast nanorobots can be inserted into human veins or ingested, enabling, for example, the early detection of brain tumours without damaging healthy tissue. The current results are promising, suggesting that nanobots could soon be used in humans to deliver drugs with increased levels of accuracy, tailored to specific parts of the body and to adapt to the environment of delivery. It is theorized that nanobots could eventually be used to deliver drugs to the eye, gastrointestinal tract, and joints. In that context our brain represents the most difficult obstacle to delivery precision drugs. To do that, nanobots need to cross the so-called ‘Blood Brain Barrier (BBB)’, an extremely selective biological defence mechanism that allows just some nutrients and molecules to pass through, keeping pathogens out. Computer simulations have helped model and imagine these complex structures as machine intelligence has to come up with the algorithms to control these nanomotors crossing the BBB and to push deeper into the brain by dispatching swarms of nanorobots whose motions are controlled by external magnetic coils. Selectively applying electrical current to impact brain functionality shows promising results in battling brain-disease such as Alzheimer or Epilepsy. At the same time, it raises serious ethical concerns as regards the misuse and the potential of manipulating brain-activity.

From Nano- to Xenobots

Xenobots, named after the African clawed frog (Xenopus laevis), are synthetic lifeforms that are designed by computers to perform some desired function and manufactured by combining different biological tissues. Whether xenobots are robots, organisms or something else remains a subject of debate among scientists, with one researcher quoted as saying:

“They are neither a traditional robot nor a known species of animal. They represent a new class of artifact: A living, programmable organism.”

The skin cells of the organism provide rigid support while the heart cells act as small motors, contracting and expanding in volume to propel the xenobot forward. The shape of a xenobot’s body, and its distribution of skin and heart cells, are designed to perform a specific task, using a production process of trial and error. Given that xenobots are composed solely of frog cells, they are biodegradable. Unlike traditional technologies, xenobots do not add additional pollution while they are active. They are using energy from fat and protein naturally stored in their tissue, which lasts about a week, at which point they simply turn into dead skin cells. In future clinical applications, such as targeted drug delivery, xenobots could be made from a human patient’s own cells, which would bypass the immune response challenges of other kinds of micro-robotic delivery systems such as nanobots. However, it comes as no surprise, that the application of xenobots implicates scary science-fiction scenarios closing the gap to reality. As a result, a growing part of the scientific community is urging extremely strict controls over its production und usage.

A highly profiled group of 12 researchers predicts that exponential progress in nanotechnology, nanomedicine, artificial intelligence and computation will lead – before the end of this century –  to the development of a ‘human brain/cloud interface (B/CI)’, that connects neurons and synapses in the brain to vast external cloud-computing networks in real time  Frontiers | Human Brain/Cloud Interface | Neuroscience (frontiersin.org) . The B/CI concept was initially proposed by futurist-author-inventor Ray Kurzweil, who suggested that neural nanorobots could be used to connect the neocortex of the human brain to a “synthetic neocortex” in the cloud. “These devices would navigate through the network of blood vessels, cross the blood-brain barrier, and precisely autoposition themselves among, or even within brain cells,” explains Robert A. Freitas, a member of the research team. “They would then wirelessly transmit encoded information to and from a cloud-based supercomputer network for real-time brain-state monitoring, data extraction and AI-supported analysis. This cortex in the cloud would allow the downloading of information to the brain. Hence, a human B/CI system mediated by neural nanorobotics, could empower individuals with instantaneous access to all cumulative human knowledge available in the cloud, while significantly improving human learning capacities and intelligence,” says lead author Dr. Nuno Martins.  B/CI technology might also allow us to create a future ‘global superbrain’ that would connect networks of individual human brains and AI-systems to enable collective thought. “With the advance of neural nanorobotics, we envisage the future creation of a ‘Superbrain’ that can harness the thoughts and thinking power of any number of humans and machines in real time. “This challenge includes not only finding the bandwidth for global data transmission,” cautions Martins, “but also, how to enable data exchange with neurons via tiny devices embedded deep in the brain. “One solution proposed by the authors is the use of ‘magnetoelectric nanoparticles’ to effectively amplify communication between neurons and the cloud. “This could work in reverse, too: electrical signals produced by neurons and nanorobots could be amplified via magnetoelectric nanoparticles, to allow their detection outside of the skull.”

The exciting prospect that precision medicine and nano-/xeno-technology will help to fight off illnesses such as epilepsy or brain tumours carries with it serious ethical issues about its potential misuse. As the data exchanged between the brain and its cloud-replica can be hacked or manipulated, a new chapter of ‘Surveillance Capitalism’ – to use Harvard Professor  Shoshana Zuboff’s terminology – is emerging. This exponential trajectory of transforming science into new products and services is driven by a trilogy of socio-economic principles. As long as the financial power and market dominance of a few Big Tech companies ‘outsmart’ governments and their existing legal framework, a human revolt is probably needed to stop this trajectory. Keeping in mind that Big Tech’s incredibly successful business model of monetizing behavioural data and their rise to power and wealth took place within just three decades, perhaps sometimes in the near future, the urge to get back to ‘normal’ might slow down this exponential trajectory of scientific and technological progress. The challenge we face, however, is to define what ‘normality’ is. Regardless of time, our personality towards a fulfilled life as defined by Maslow’s ‘Hierarchy of Needs’ will prevail along human’s most fundamental instinct: to survive.