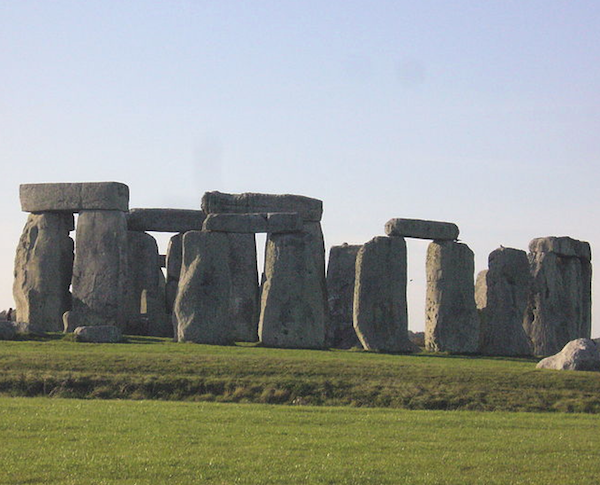 In December of 2017, a feature in Wired-Magazine offered a glimpse into a new “church of artificial intelligence,” set up by Silicon Valley engineer and expert in self-driving car technology, Anthony Levandowski. The aim of Levandowski’s church — called the Way of the Future — is described in papers filed with the U.S. Internal Revenue Service as “the realization, acceptance, and worship of a Godhead based on Artificial Intelligence (AI) developed through computer hardware and software.”

“It’s not a God in the sense that it makes lightning or causes hurricanes,” Levandowski told Wired. “But if there is something a billion times smarter than the smartest human, what else are you going to call it?” “No,” says Luciano Floridi, professor of philosophy and ethics of information and director of the Digital Ethics Lab at the University of Oxford. “This is just an old confusion mixed with a new mistake. The old confusion is in the comparison: The sun is a billion times more powerful than humans, but that does not make it a God. The mistake is in stating that AI is smarter than humans. In any serious sense of ‘smart,’ this is meaningless. AI is immensely more powerful computationally. But this, like in the sun’s case, does not make it any more divine than a kettle.”

In religion, divinity or godhead is the state of things that are believed to come from a supernatural power or deity, such as a god. In traditional Christian theology, the concept and nature of divinity always has its source ultimately from God himself. It’s the state or quality of being divine and always carries connotations of goodness, beauty, beneficence, justice, and other positive, pro-social attributes. Smartness alone is no guarantee to implement these connotations; hence various initiatives to include ethics in AI have emerged. So far these initiatives have produced many agreements but very limited results.

Lewandowski’s new Godhead implies that machine-intelligence defines a supernatural power. However machine-intelligence is anything but supernatural. It is the combination of analyzing huge data pools with software algorithms processed by ever more powerful computer hardware. As the sources of data are expanding at an exponential rate, covering all our personal data including biometric data measuring vital body-functions or behavioral data measuring our emotions through face recognition and voice analysis, we might have reached the stage where machines seem to know more about us than we know about ourselves, hence the Godhead attribute to machine-intelligence.

In his best-selling book ‘Homo Deus’, Professor Yuval Noah Harari makes the case that humans are close to facing an existential revolution. As we are in the process of decoupling intelligence from consciousness, collecting data in digital form across all facets of life, the economic value of humans will diminish. So far we live with the conception that a high degree of consciousness is required to perform demanding tasks. However consciousness is not required to guide self-driving cars. Doctors are not needed to compute the most probable reason of a patient’s illness due to the symptoms at hand. Lawyers are not needed to plow through tons of rulings to develop a strategy to pursue a legal case. To divorce intelligence from consciousness might be in the best commercial interest of Facebook, Google, Amazon and Co. fostering their highly profitable ‘world power’ position, but one can question the overall value to our democratic society. Besides the current discussions and projections about future employment and social welfare we are faced with three fundamental questions:

To find an answer to these questions is anything but easy. ‘Sapiens’ is a synonym for knowledge. If knowledge becomes strictly a product of machine-intelligence then Homo sapiens has reached the end of his life-cycle unless consciousness will prevail over intelligence. If the answer to all three questions is ‘yes’, then evolution is just about to alter humanities’ course.

The Mystery of Consciousness

Humans have an asset called ‘consciousness’ which after hundreds of years of philosophical debate and modern neuroscience research remains a mystery.

Consciousness refers to our awareness of our own mental processes, such as our thoughts, feelings, and sensations. It is possible that we are the only beings on this planet that have this type of self-awareness or level of consciousness and the ability to introspect, or look inward and examine these processes. For example, if you are angry, you can try to understand your anger, why you are angry, and what that anger feels like, etc.

In neuroscience, a great deal of effort has gone into investigating how the perceived world of conscious awareness is constructed inside the brain. The process is generally thought to involve two primary mechanisms: (1) hierarchical processing of sensory inputs, and (2) memory formation. Signals arising from sensory organs are transmitted to the brain and then processed in a series of stages, which extract multiple types of information from the raw input. In the visual system, for example, sensory signals from the eyes are transmitted to the brain region called thalamus and then to the primary visual cortex; inside the cerebral cortex they are sent to areas that extract features such as three-dimensional structure, shape, color, and motion. Memory then comes into play in at least two ways. First, it allows sensory information to be evaluated in the context of previous experience. Second, and even more importantly, working memory allows information to be integrated over time so that it can generate a stable representation of the world. Due to the continuous progress in neuroscience we get a better understanding how our brain maps consciousness, yet we still do not understand why it exists. It remains a mystery.

The Issue of Free Will

The issue of free will remains a perennial philosophical problem, not only with regard to whether or not it exists but also as to what it might or should consist of. The notion of free will may itself remain contentious to shed any clear light on the role of consciousness, but there is a traditional intuition that the two are deeply linked.

There are scientists and philosophers that claim that humans have no free will. In their view we are basically biological robots, driven by our thoughts, beliefs, choices, intentions and actions by unconscious forces in our brain. We are controlled by the programming from our genes and life experience. Free will to them is deemed an illusion. A pioneering experiment in this field was conducted by Benjamin Libet in the 1980s. Libet’s findings suggest that decisions made by a subject are first being made on a subconscious level and only afterwards being translated into a “conscious decision”.

The freedom to choose one’s actions and the ability to determine one’s own future development may consist of many variations rather than being a simple all or nothing matter. Humans have a profound sense of having free will. Accordingly, they hold themselves and others accountable. Such belief is necessary for social order, legal constraints on behavior, and most religious belief systems. In general, we can say that intentions, choices, and decisions may be unconsciously driven in simple, well-learned tasks, but novel and complex tasks require or at least benefit from conscious intervention and that seems only possible in combination with free will.

If ‘Homo Deus’ succeeds’ Homo sapiens’, free will is no longer an issue. Consciousness has been abandoned and this new form of humanity has its own concepts of living which we find hard to comprehend or imagine. Evolution happens in gradual steps with winners and losers or in Darwin’s term by the ‘survival of the fittest’.

As machine-intelligence is entering every niche of our existence, we have the immediate task of staying in control as humans. Intelligence is provided by machines, consciousness is provided by humans. While consciousness is likely to remain a mystery in coming years, we do know that consciousness and awareness are tightly linked. Individuals carrying a high degree of responsibility require a high level of awareness. Improving awareness is an issue of personality development. To develop one’s personality might require guidance from psychologists or coaches that are well trained and capable to assist. Foremost, however, it requires the motivation, curiosity and creativity of the individual to get out of knowledge-silos and to comprehend life and our history across all boundaries of science and culture. Our higher-level educational system should take note: we need fewer nerds and more humans. Perhaps Homo sapiens will succeed to augment AI as an integral part of his evolution without disruption. It is certainly worth trying.