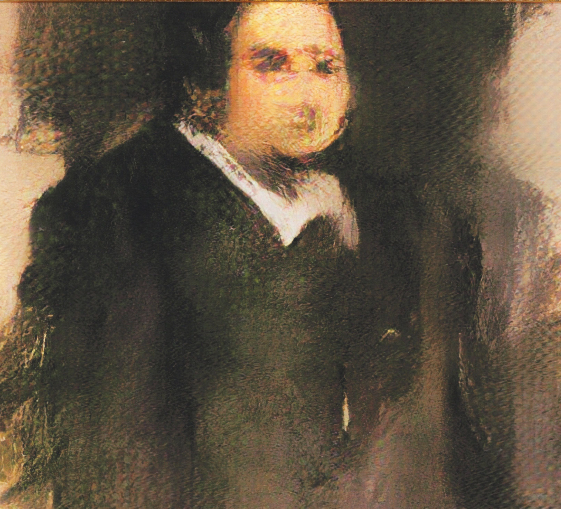 This portrait of Edmond Belamy sold for $432,500 nearly 45 times its high estimate — as Christie’s becomes the first auction house to offer a work of art created by an algorithm.

‘The algorithm is composed of two parts,’ says Caselles-Dupré of Obvious, the company that created the algorithm. ‘On one side is the Generator, on the other the Discriminator. We fed the system with a data set of 15,000 portraits painted between the 14th century to the 20th. The Generator makes a new image based on the set, then the Discriminator tries to spot the difference between a human-made image and one created by the Generator. The aim is to fool the Discriminator into thinking that the new image is a real-life portrait.’