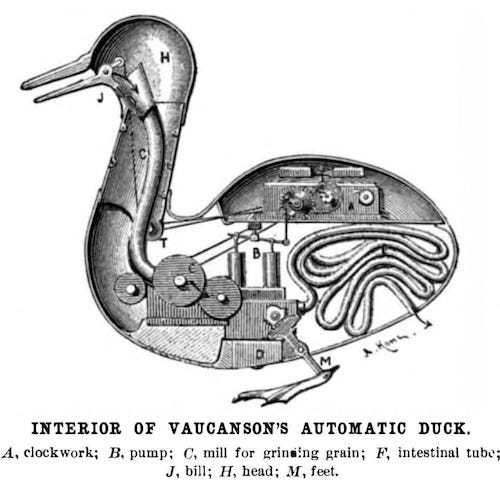 Ongoing progress in understanding our environment motivates some researchers to claim that science will eventually explain absolutely everything. Science has been enormously successful over the past 500 years in its primary job of investigating how the natural world works. It has shown us how the world began with the Big Bang about 14 billion years ago, how the 92 natural elements are forged, how stars and planets form, how our solar system was created five billion years ago, how life began on Earth 3.8 billion years ago and how life evolved from that original simple form. In addition to discovering these basic natural mechanisms science has also spun off countless useful applications so today the entire developed world runs on science-based technology. The utility of science is knowledge of natural physical mechanisms and the generation of technology. In his book The Grand Design (2010), the physicist Stephen Hawking says “Philosophy is dead, philosophers have not kept up with modern developments in science”. So far, however, science has no connection to  values, meaning and purpose and it might never get there.

The Limits of Science

Scientific understanding is sometimes envisaged as a hierarchy, ordered like the floors of a building. Mathematics is in the basement, followed by particle physics, then the rest of physics, then chemistry, then biology, then botany and zoology and finally the behavioural and social sciences with economics residing on the top floors. Aligning the sciences is uncontroversial but it is questionable whether the ‘ground-floor’ sciences – particle physics in particular – are more important or more all-embracing than the others. The physicist Steven Weinberg explains in Dreams of a Final Theory (1992), that all the explanatory efforts asking ‘Why, why, why?’, end up at the particle level. According to Weinberg, the majority of scientists are reductionists. They feel confident that everything, however complex, can be reduced to Schrödinger’s differential equation that forms the basis of quantum mechanics, providing the most accurate theory of how subatomic particles behave. New concepts are crucial to our understanding of complex issues – also referred to as emergent complexity – such as the migration of birds or the functioning of the human brain. Efforts to understand complex systems, especially our brain, might well be the first barrier demonstrating the limits of science. Moreover, physicists might never understand the bedrock nature of space and time because the mathematics is just too hard. In contrast, the claim that there are limits to science has been challenged by David Deutsch, a distinguished theoretical physicist who pioneered the concept of ‘quantum computing’. In his provocative book, The Beginning of Infinity (2011), he says that any process is computable, in principle. However, being able to compute something is not the same as having an insightful comprehension of it, possibly reaching the limits of what our brains can grasp. There might be concepts, crucial to a full understanding of physical reality, that we are not aware of yet. These insights might have to wait until AI exceeds human-level intelligence

The Theory of Everything

The theory of everything proposes a computational framework, combining quantum mechanics and classical physics into a unified approach, explaining the laws of the universe. So far no one has been able to come up with such a theory until world renowned physicist Stephen Hawking was able to elucidate a formulation that unified quantum mechanics and classical physics pertaining to the description of black holes. Both classical and quantum mechanics describe the world around us, one describing the motion of large bodies, while the other describing the motion of small, tiny particles that make up large bodies. Yet finding a unified description compatible with both branches of physics has been one of the greatest challenges for scientists. The concept of Hawking’s discovery is ingenious. Yet, at the same time, it encompasses well known and proven laws of physics:

The second law of thermodynamics states that the amount of entropy of a system will always increase. Entropy is also a measure of disorder and the universe is naturally moving towards a more disordered state. But anything that has entropy must also have a temperature, meaning that it should radiate energy. However, the whole point of the black hole is that it hoards everything so tightly that nothing gets out. Quantum mechanics states that what seems like an empty space is actually not empty. It is alive with dynamic activity of simultaneous creation and destruction of energy on the subatomic scale. Particles and antiparticles are created in pairs, where one particle has positive energy and the other has negative energy. One particle is matter and the other is thought of as anti-matter. At some point they rapidly collapse back together in a process known as annihilation.

What Stephen Hawking suggested was that if particles are created very close to a timed event, they do not need to be annihilated together, consequently one of the particles can be sucked into the black hole. For the laws of conservation of energy to hold, the particle that goes back into the black hole needs to have negative energy. Thus, if the black hole received negative energy, it is losing energy and thus losing mass according to Einstein’s theory of relativity (E=mc² ). This is the brilliant idea that shows that black holes are not actually all black and dark and that they do not last forever.  In the words of Stephen Hawking: “If you feel you are in a black hole, don’t give up. There’s a way out.”

Can a computer create a Theory of Everything?

As a student, Galileo observed a lamp swinging in the Cathedral of Pisa while he timed its swing against his pulse. He concluded that the period of the swing was constant and independent of its amplitude. He went on to suggest that a pendulum could control a clock and later designed such a machine, although the first clock of this type was built by Huygens some 15 years after Galileo’s death. For many historians, Galileo’s approach represents the earliest stage in the evolution of the scientific method, the same process that has produced flight, quantum theory, electronic computing, general relativity, and even artificial intelligence. In recent years, AI systems have begun to find interesting patterns in data themselves and even derived certain laws of physics as a result. That raises an interesting question: is it possible to design an AI system that develops theories the way Galileo did?

Tailin Wu and Max Tegmark at MIT have developed an AI system that copies Galileo’s approach and some of the other scientific methods that physicists have learned over the past centuries. Their system, called the AI-Physicist, can extract several laws of physics in mystery worlds deliberately constructed to simulate the complexity of our universe. AI systems are well known for producing overly complex models to describe the data they are trained on. Hence Wu and Tegmark teach their system to prefer simpler theories over more complex ones. Another principle they apply relates to lifelong learning: the idea that if an approach worked in the past, it might work on future problems as well. “This is much like an experienced scientist can solve new problems way faster than a beginner by building on prior knowledge about similar problems,” say Wu and Tegmark. They claim that their system is significantly better than a conventional neural network. “Our AI-Physicist typically learns faster and produces mean-squared prediction errors about a billion times smaller than a standard feedforward neural net of comparable complexity,” they say. Their approach suggests that AI systems could have a significant impact on the way science proceeds. If the AI-Physicist is successful, historians of science may well look back on it as one of the first steps in a new era regarding the evolution of science.

Will artificial intelligence one day surpass human thinking? If so, then this advanced form of AI would need to accurately predict the future. So far intelligence is a complex and abstract concept without an agreed definition. However, there is common agreement about some of the components that make up intelligence. One of those is the ability to solve problems which requires the ability to plan by anticipating the future. Recent theories in physics suggest that the universe is extremely chaotic and random. You can measure the position or momentum of a particle but, for certain reasons explained by quantum theory, you cannot know both conditions at the same time with 100% accuracy. This would imply that any sort of intelligence would eventually reach a point where it can no longer improve its predictions since humans perceive the universe as random and chaotic. Our cognitive and reasoning capabilities are too limited in dealing with this situation. Albert Einstein argued that quantum theory was an incomplete description of the universe and that there must be hidden variables that we do not yet understand but that hold the key to determining future events. That would stipulate the potential of an advanced form of AI revealing these hidden variables and understanding the nature of the universe beyond our current comprehension. Hence AI might well hold the key unlocking the limits of science, opening a new scenario of knowledge generation.