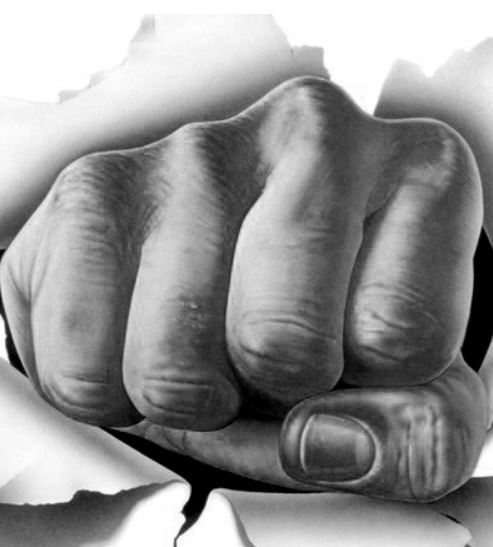 The Ukrainian armed conflict and its violation of fundamental international law is causing a human tragedy Europe has not witnessed since World War Two.  For many of us the pictures and videos of death and destruction are still far away – we do not see the smoke of burning buildings and we do not hear the detonation of bombs and the outcries of victims – yet the ever-growing threats and intensity of war raises the question as to what aggression is and how it can be stopped. The enforcement of economic sanctions against Russia fundamentally questions Europe’s future as a place to live in peace and at the moment it is anybody’s guess what the outcome will be.  While this discussion very much relates to historic, political and societal issues, the following is an attempt to consider individual human behaviour, neuroscience and AI as part of the discussion and to deepen one’s understanding of the cause of aggression as well as the options for counteraction.

Vladimir Putin: The mastermind of deception and hidden aggression

In 1999, when an ailing Boris Yeltsin put Vladimir Putin on the throne of Russian power, Putin’s appearance was rather sympathetic, and his rhetoric was very convincing. It seemed that the man ascending the heights of the Russian pyramid of power was an intelligent official devoid of pride and arrogance and an individual who understood that Russia had only one possible path into the future: democracy. At press conferences he relentlessly talked about democracy, promising the citizens of the Russian Federation continued reforms, free elections, freedom of speech, the observance of human rights by the authorities and cooperation with the west. Analysing the situation with which we are confronted today, it is obvious that western democratic states and their leaders have failed to recognize Putin’s deception of his growing aggressiveness. Based on Putin’s biography prior to becoming the Russian leader, there are no visible signs of a significant change in his personality profile or signs of an aggressive mindset. Hence, experiences he had since he took on power are likely the cause of his destructive behaviour. Following his own vision, he has steadily built-up Russia’s military, fostering the pride average Russians exhibit by admiring the symbols of strength. A well-functioning economy – improved standards of living for many Russians – provided the necessary funds to build and modernize one of the best equipped armies in the world. Despite this deadly threat and possibly blinded by his jovial behaviour, being labelled a ‘Putin-Friend’ was no disadvantage and well-accepted by several high-profile individuals in the west from sports to arts and politics. Hence, we are confronted with the complex task of understanding the motives of an individual who seems to have no scruples in inflicting tragedy and death on thousands of civilians and successfully deceives us as the biggest threat to Europe since World War Two is gradually unfolding. Facing aggression, we must consider our own values which are largely defined by our drive towards socio-economic well-being. Having tools or products available to make one’s life more comfortable or the handling of tasks more efficient creates a mindset of satisfaction which – from an aggressors point-of-view – can be interpreted as ‘Soft (Weichei)’, void of any motivation to fight. This could, however,  prove to be an erroneous interpretation of the human being’s quest for survival and considering the intensity of the Ukrainians’ fight against the Russian invasion, it seems that Putin has misinterpreted reality. Unfortunately – as losing is not an acceptable option for him – his aggression is likely to intensify.

The Manifestation of Aggression

In 1939 John Dollard, a professor at the University of Washington, proposed that aggression was a result of frustration, which was described as an unpleasant emotion resulting from any interference with achieving a rewarding goal. He and his peers identified two broad categories of aggression. The first one includes affective (emotional), reactive, hostile or retaliatory aggression as a response to provocation, the second one includes instrumental, goal-oriented or predatory aggression, used as a means to achieve a goal. Most encounters that involve aggression may be resolved through posturing or displaying signs of strength.  Some researchers use game-theory to understand how such behaviors might spread through natural selection within a population. The aim of Neuroscience-Research to understand and interpret brain functionality offers another approach to exploring the cause of aggression. Brain areas, such as the hypothalamus, control the expression of both behavioral and autonomic components of aggression. A broad area of the cortex known as the prefrontal cortex (PFC) is crucial for self-control and the inhibition of impulses, including the inhibition of aggression and emotions. Our brain’s chemicals – particularly neurotransmitters – can be another cause of aggression. A deficit in serotonin, for example, has been theorized to have a primary role in causing impulsivity and aggression. Despite these research findings, one has to exercise some caution, as past attempts to model and simulate the human brain have failed. Biology runs on a motor of unpredictable ‘mistakes’ – known as mutations – that generate the variability seen across members of a certain species. Moreover, neurons are known to be ‘noisy’, generating action scenarios that are far from predictable. Only Putin knows how much of his aggression relates to insights gained from neuroscientific research. To do so would require a capacity of self-reflection. Many observers of Putin see no signs of this capacity. His psyche might be corrupted though power and the question looms as to how far he will go in expanding Russia’s empire, possibly with the risk of a nuclear conflict.

Much of our economic success over the last two decades is based on the contribution of Digital Transformation and the application of AI technology across almost all segments of business.  So far the US has maintained a leadership role in advancing AI to new levels of productivity, significantly reducing production and service costs. The development of new materials using AI-technology has had a significant impact on the design and production of new airplanes or the introduction of a new generation of unmanned armed vehicles with a variety of intelligent weaponry to be used in combat. In contrast, experience shows that weapons, once put to service, have a life-time of up to 20 years or more, provided that key technologies such as object identification and attack-guidance are updated to the latest technological level. Hence, to sustain his aggression, Putin’s window of opportunity seems large enough regarding the time it takes to expand his empire further. His use of land-based cruise-missiles to destroy the Ukrainian infrastructure demonstrates the wide arsenal of weapons Putin has available to accomplish his goals. That their deployment violates existing agreements seems to have no impact on his aggression. In the past – fostering his military leadership position –  he also relied on stealing intellectual property from western defence manufacturers or university research units. To maintain that position, he needs to build up his own high-tech production capacity which will result in an arms race with no barriers as set up in the past to prevent a nuclear war. The assault on the Ukraine is a wake-up call for NATO and its European partners. Over the last two decades – compared to the US’s immense military budget – Germany has invested far too little to build and maintain a high-tech military taskforce. Government’s bureaucracies related to EU disagreements on standards and partnerships have slowed down the process a well. With all the verbal commitments recently made by top government officials, to correct this situation will take years. Hence, Putin’s aggression will not end with the Ukrainian abduction as he seems unimpressed or unwilling to adhere to any globally binding law against this kind of conduct. However, the trend to apply intelligent, unmanned weapons, with the US leading the pack, is possibly the best means to deter Russia from further aggression as it has to rely on conventional warfare, largely dependent on the deployment of massive manpower backed-up by a huge supply of highly vulnerable tanks.

Whatever happens in the Ukrainian war is anybody’s guess. Vladimir Putin seems to have a game plan which so far has created enormous fear. This conflict will not end tomorrow, in fact it might take years to resolve the consequences of Putin’s action. In that respect Europe is going through its darkest moments since World War Two and the financial impact and damage to the western economy is still growing. To summarize, the key issues are:

a) how much loyalty will the Russian army maintain towards their leaders, fighting in a territory they do not really care about.
b) how long is the average Russian willing to have his living standard massively reduced, where food, shelter and money propel him/her to a new uncomfortable experience of poverty and deprivation.
c) how quickly can the US-military deploy a new generation of unmanned weaponry, making nuclear war an outdated option of future warfare.