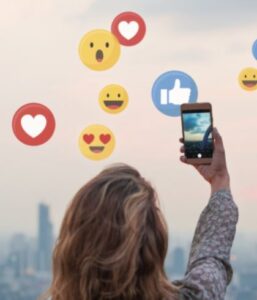 An influencer is a content creator with a commercial intent who tries to build trust and authenticity-based relationships through social media platforms. The term influencer is not defined by law and the terminology may vary depending on different features of the underlying business models that regulate monetisation. As the Metaverse intensifies consumer engagement, the influencer-based economy gains momentum. Lowering the barrier of entry, production costs of augmented reality glasses  or virtual reality headsets such as the Oculus Quest 2 are declining. As a result, the potential impact of influencers is growing. The artificial reality of a Metaverse may distort or enhance true life experiences. Hence, the question looms how ‘true’ reality can be maintained.

The influencer marketing industry has grown significantly in recent years. Consumers engage with influencers voluntarily but are at the same time exposed to advertising that relies on the relationship between the consumer and the influencer, which in turn raises concerns about the protection of consumers. The objective of a recently released  study  The impact of influencers on advertising and consumer protection in the Single Market (europa.eu) is to provide information and analysis on the impact of influencers: Define influencers and examine the key features that make someone an influencer; Analyse the relevance of these market actors from a business and consumer perspective; Provide an overview of how influencers and their related market practices are currently regulated.

Economic data show that the influencer industry has grown significantly in recent years. On the consumer side, the relationship between influencers and consumers is characterised by perceived closeness, authenticity and trust. At the EU level, no specific legislation focussing on influencer marketing and its impact on decision-making is yet in place. However, several regulatory measures exist to prevent misconduct. The Unfair Commercial Practices Directive (UCPD) provides the overall framework on practices regarding consumer protection. The Consumer Rights Directive (CRD) applies to influencers who act as sellers and traders in order to disclose a wide array of information to consumers. The Digital Services Act (DSA) proposal addresses some of the new challenges that emerged with recent market trends and aims to complement the existing set of EU legislative instruments. The relevant changes in the DSA  proposal concern transparency issues with regards to online advertising, as well as traceability of traders, intermediary liability and enforcement. One of the most important points about the DSA and its links to other instruments relevant to content monetisation by influencers, is the definition of illegal content. The amended version of the DSA proposal now defines illegal content as ‘any information or activity, including the sale of products or provision of services which is not in compliance with Union law or the law of a Member State, irrespective of the precise subject matter or nature of that law’. While consumer protection is the main goal of these regulatory measures, the EU’s September 14, 2022, verdict to fine Google Euro 2.42 billion for violating antitrust law provides additional means to regulate influencer marketing. Presenting the verdict, Commissioner Margrethe Vestager said: “ Google abused its market dominance as a search engine by promoting its own comparison-shopping service in its search results, and demoting those of competitors. What Google has done is illegal under EU antitrust rules. It denied other companies the chance to compete on the merits and to innovate. And most importantly, it denied European consumers a genuine choice of services and the full benefits of innovation.“

The Metaverse as a new Driver of the Influencer Economy

Late 2021, following Facebook’s rebranding to Meta, Microsoft positioned the Metaverse as “a digital space inhabited by digital representations of people and things.” This very broad definition implicates a Metaverse that is  community-owned, community-governed, and freely interoperable while protecting one’s privacy with access to a host of actual use cases, including commerce, art, media, advertising, healthcare and social collaboration. According to Metaverse and Money: Decrypting the Future (citi.com) , using this broad definition, the total addressable market for the Metaverse could be between USD 8 trillion and USD 13 trillion by 2030, with total Metaverse users numbering around five billion. But getting to that market level is going to require infrastructure investment. The content streaming environment of the Metaverse will likely require a computational efficiency improvement far beyond today’s levels. Investment will be needed in areas such as computing, storage, network infrastructure, consumer hardware, and game development platforms. Following the assumption that the Metaverse will indeed lead to the next industrial revolution, a myriad of consulting companies are offering their services to successfully implement the Metaverse in the client’s corporate strategy. In a 72 page report, Value creation in the metaverse | McKinsey, McKinsey examines the emergence of the metaverse: its history and characteristics, the factors driving investment, how consumers and businesses are using it today and may use it in the future, its value-creation potential and how leaders and policy makers can plan their strategies and near-term actions. By surveying more than 3’400 consumers and 13 senior executives on the potential of metaverse adoption, they analysed how it may shift behaviors and what the Metaverse’s value-creation could implicate. In their view the Metaverse has the potential to impact everything from employee engagement to the customer experience, omnichannel sales and marketing, product innovation and community building. It may seamlessly combine our digital and physical lives by featuring a sense of immersion, real-time interactivity, user agency, interoperability across platforms and devices with the ability for thousands of people to interact simultaneously. The Metaverse provides a virtual space for mental experiences where body reaction can be sensed and analysed. To experience action, however, our body would have to be physically included, demanding a physical rather than a virtual space. The lack of experiencing this so called ‘embodiment’ defines one of the limits of the Metaverse and its often-overhyped expectations. Life-experiences starting in childhood and the human ability to think and self-reflect far exceed the virtual experience the Metaverse may provide.

Are We Living In A Simulation?

According to an article Confirmed! We Live in a Simulation – Scientific American, one can conclude that the ‘true’ reality discussion related to the Metaverse is pointless because we live in a simulation. Ever since the philosopher Nick Bostrom proposed in the Philosophical Quarterly that the universe and everything in it might be a simulation, there has been intense public speculation and debate about the nature of reality. Physicist and Nobel Prize Winner Frank Wilczek has argued that there’s too much wasted complexity in our universe for it to be simulated. Building complexity requires energy and time. Why would a conscious, intelligent designer of realities waste so many resources into making our world more complex than it needs to be? Others, such as theoretical physicist and science communicator Sabine Hossenfelder, have argued that the question is not scientific anyway. Since the simulation hypothesis does not arrive at a falsifiable prediction, we cannot really test or disprove it. To understand if we live in a simulation we need to start by looking at the fact that we already have computers running different kinds of simulations for lower level ‘intelligences’. “Since the dawn of philosophy, we have been asking the question: Why do we need consciousness? What purpose does it serve? Well, the purpose is easy to extrapolate once we accept the simulation hypothesis. Consciousness is an integrated subjective interface between the self and the rest of the universe. There is nothing in philosophy or science, no postulates, theories or laws, that would predict the emergence of this experience we call consciousness. Natural laws do not call for its existence and it certainly does not seem to offer us any evolutionary advantages. There can only be two explanations for its existence. First is that there are evolutionary forces at work that we do not know of or have not theorized yet that lead to the emergence of an experience called consciousness. The second is that the experience of consciousness is a function we serve, a product that we create, an experience we generate as human beings. For whom do we create this product? We do not know. But one thing is for sure, we do create it. We know it exists. That is the only thing we can be certain about as long as we have no dominant theory to explain why we need it”, says Sabine Hossenfelder.

Dean Kissick, writing for the New York Times, makes the interesting observation that in our century, the visionary role of creating new ways of experiencing life and observing the world has been passed from artists to engineers: it is now the founders of Silicon Valley who sell us the potential of utopian realities and draw our attention to the possibility of new universes. The creators of the Metaverse are artists, and the Metaverse is the art they are bringing to life, thereby, making it ‘real.’ However, the idea of a Metaverse is still riddled with conflicts and one could argue that if something exists and people believe in it, then there should be no distinction between a real-world and a virtual world or real relationships and social relationships.