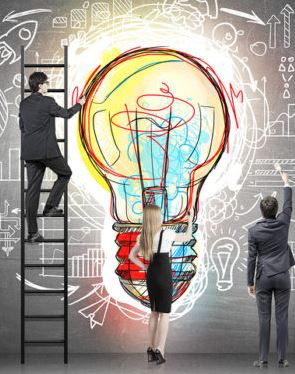 Philosophy questions fundamental issues for a better understanding of people’s place in the universe and their relationships and responsibilities to each other. ‘To philosophy’ is to consider certain subjects such as ethics, thought, existence, time, meaning and value. Applying  philosophy, we learn to think better, to act more wisely and thereby help to improve the quality of all our lives. Key philosophical inquiries including the relationship between mind and body, the meaning of free will and faith, the nature of consciousness, and what constitutes happiness can be framed philosophically or scientifically – in psychology regarding the nature of consciousness or in physics on the nature of gravity and entropy.

Philosophy in Support of Science

Philosophy and science share the tools of logic, conceptual analysis and rigorous argumentation. Philosophers can manage these tools with degrees of thoroughness, freedom, and theoretical abstraction that researchers of science often cannot incorporate in their daily activities. Philosophy can be useful in questioning  problematic or outdated assumptions, thereby supporting scientific change. The concepts of mind, intelligence, consciousness, and emotion are used by philosophers as well as scientists. Engineering artificial intelligence, constructing psychological theories of mental states or using neuroscience to investigate intuition and emotion require the conceptual tools for self-critique and cross-disciplinary dialogue – precisely the tools that philosophy can supply. Hence, modern science without philosophy would end in oblivion as the onfall of massive data without interpretation or the neglect of history and experience would foster knowledge silos instead of advancing interdisciplinarity. Carl R. Woese (nasonline.org) who overturned one of the major dogmas of biology back in 1977 once wrote: “a society that permits biology to become an engineering discipline, that allows science to slip into the role of changing the living world without trying to understand it, is a danger to itself. We need a reinvigoration of science at all levels, one that returns to us the benefits of close ties with philosophy”.

Augmenting science with philosophy has opened-up complimentary paths of thought, enhancing the discussion as to how AI can reach human-level intelligence. In an Essay Philosophy will be the key that unlocks artificial intelligence | David Deutsch | The Guardian,  Prof. David Deutsch, physicist at Oxford University and a pioneer of quantum computation, discusses why Artificial General Intelligence (AGI) is stalling and has not progressed: “I cannot think of any other significant field of knowledge where the prevailing wisdom, not only in society at large but among experts, is so beset with entrenched, overlapping, fundamental errors. In 1950 Alan Turing expected that by the year 2000, ‘one will be able to speak of machines thinking without expecting to be contradicted.’ In 1968 Science Fiction writer Arthur C. Clarke expected this to happen by 2001. Yet today, no one is any better at programming AGI than Turing himself would have been.” To develop machines that think like people is heavily dependent on neuroscience.  According to Deutsch, to solve the AGI problem we must build AI- systems that learn for themselves, generate theories and refine them via error correction. These systems implicate creativity with significant philosophical consequences. If one works towards computational programs whose ‘thinking’ is constitutionally incapable of violating predetermined constraints, one is trying to engineer away the defining attribute of an intelligent being, of a person: namely creativity. When Patricia Churchland, Professor of Philosophy Emerita from  USCD , in her 1986 book ‘Neurophilosophy’ coined this term for the first time, few philosophers thought that neuroscience and philosophy had much to say to each other. Now, philosophical issues involving neuroscience are mainstream philosophy. In ‘Brain-Wise’ published in 2002, Churchland showed that scientific discoveries allow for “progress where progress was deemed impossible”, balancing the relation between cognitive science and neuroscience. According to what she calls ‘coevolution’, the science of the mind requires investigation at many levels which can mutually enrich one another. Churchland believes that the connection between philosophy and neuroscience is defined by what neuroscience has to say about conceptual issues arising in the sciences themselves, thereby invoking ideas and concepts that are well served by the methods of philosophy.

With Philosophy towards Creative Leadership

Adapting to increasingly digital market environments and taking advantage of digital technologies to improve operations are important goals for nearly every contemporary business. This digital transformation process is characterized by:

In the expression “creative thinking”, the keyword is not creativity; the keyword is thinking. Applying a philosophical mindset, the activity of thinking and reflecting helps leaders to be rigorous even without figures, providing previously unthinkable abstractions for solving problems. With this mindset they understand the role of mental models, realize the importance of cognitive bias, agree on clear definitions and criteria. Creativity demands the ability to liberate us from conventional ways of thinking, to “think outside the box”. Once outside the box, we need to construct a new box or boxes with new intellectual frameworks or models, helping us to restructure our thinking.

The practice of thought experimentation plays a central role in contemporary philosophical methodology. Many philosophers rely on thought experimentation as their primary and often sole procedure for testing theories on the natures of properties and relations. This test procedure involves entertaining hypothetical cases in imaginative thought and applying intuition about the properties and relations within them. The epistemic power of thought experimentation is a unique human trait and in many ways a mystery. How can experiments carried out within the mind enable us to discover truths about the natures of properties and relations such as knowledge, causation, personal identity, consciousness, beauty, justice, morality and free will? Thought models, also referred to as mental models, can be applied to shape behavior as commonly practiced in the domain of coaching. To the individual a thought model is a kind of internal symbol or representation of external reality, hypothesized to play a major role in cognition, reasoning and decision-making. Generally, thought models are based on a small set of fundamental assumptions (axioms) and on a principle of truth: they typically represent only those situations that are possible, and each model of a possibility represents only what is true in that possibility according to the original proposition.

A Thought Model for an Intelligent Organization

In a corporate and organizational context thought models can be aligned to the objectives and goals to be achieved. They are a valuable tool for defining the corporate strategy as a consequence of changes in respect to the markets served, new developments of the technology used or changes in the financial structure due to mergers, for example. The following thought model defines an intelligent organisation, highly responsive to today’s rapid market changes largely caused by the consequences of digital transformation. Replicating the functionality of the human brain the model is based on the  following components:

Neurons which represent points where process-related decisions are made to guide und supervise the performance in respect to the organizational objectives.

Synapses that describe the connections and network between the neurons and the flow of information between different organizational units.

Memories – short term and long term – that process the information generated by corporate activities incl. external events that have an impact on the organization.

Based on this functional analogy to our brain, the processes of a neuroscience-inspired intelligent organization can be described as follows:

A) Collection of ‘sensory’ information from external and internal events stored in memory for further processing and knowledge generation. B) Continuous communication between the neurons to spot opportunities and deviations from corporate goals to initiate decision making. C) Continuous learning regarding market trends and recommendations for business model adaptation.

As this model closely reflects the structure of an Artificial Neural Network (ANN) this obviously implicates the application of deep learning for optimizing several corporate tasks such as decision making. Due to its unlimited learning capacity to generate knowledge, a neuroscience-inspired organization is far more capable of adapting to change. The key advantage of this thought model is that strategy changes can be simulated prior to execution, testing the impact of different variables selected. As a consequence, neuroscience-modelled businesses enhance corporate cultures of creativity and innovation.

During the last industrial revolution, technological innovations like the combustion or steam engine, augmented the physical limits of the human body, for example by facilitating mobility with trains and cars or assisting humans with construction machinery for building roads. Today’s challenge to augment our mental capacity of thinking with AI and improve productivity, is similar to what happened during the last industrial revolution. There is one major difference: In a digitally defined environment experimentation is much easier compared to testing physical objects like cars or airplanes. Hence, this mindset of experimentation, taking advantage of AI-tools, will likely make the difference if an organization survives in a rapidly changing technological landscape. While this reflects an awareness of philosophical thought, the question looms as to how we acquire such a mindset. The answer is short and simple: With education supporting the coexistence of humanities and science starting around the age of 10.