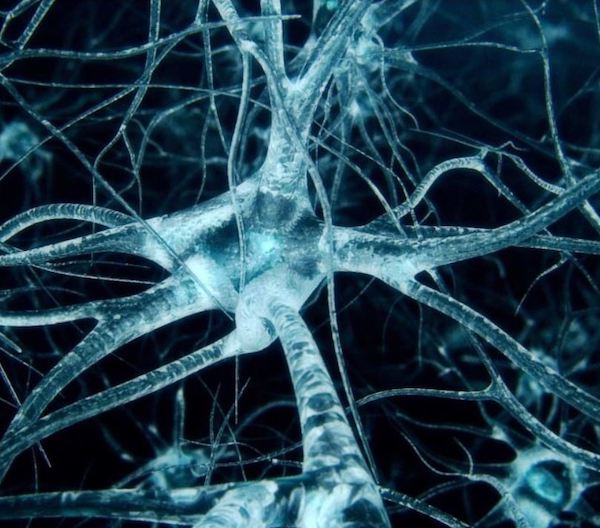 Human knowledge is being digitized at an exponential pace. Our biologically constrained cognitive abilities, the impossibility of the human mind to keep pace with the increasingly rapid generation of human knowledge, is evident. To manage this massive influx of ‘big data’, internet-connected cloud services offer on-demand access to computer resources for storage and processing. The biggest bottleneck enhancing real-time human intelligence with artificial intelligence, is the limited communication speed of screens, keyboards, gestural interfaces and voice commands. Consequently, we have limited conscious access to our own brains, restricting our ability to co-evolve with artificial intelligent machines in more powerful ways. Hence, as some see it, it is essential that we develop a secure real-time interface between the human brain and the data storage and processing systems that reside in the cloud. To others, numerous ethical implications clearly prohibit interfacing the brain with an intelligent machine connected to the cloud.

In an academic paper published in ‘Frontiers in Neuroscience’ on April 12, 2019, an international collaboration of twelve participants led by researchers at UC Berkeley and the US Institute for Molecular Manufacturing predict that exponential progress in nanotechnology, nanomedicine, AI and computation will lead to the development of a human ‘Brain/Cloud Interface (B/CI)’, that connects neurons and synapses in the brain to cloud-computing networks in real-time. In their view it is conceivable that within the next 15–30 years, neural-nanorobots will be developed to enable a secure real-time interface between the human brain and the cloud. Such human B/CI systems may dramatically alter human/machine communications, carrying the promise of significant human cognitive enhancement.

The thought model of a two-tier B/CI, with a personal, wearable neuromorphic processor acting as gateway between the brain and the cloud, managing and controlling one’s own data traffic, supports the idea that B/CIs could be instrumental in reaching a new level of human evolution where ethical issues are handled by the neuromorphic processor as well.

The field of BMI research began in the 1970’s and development has since focused primarily on neuroprosthetic applications that aim at restoring damaged hearing, sight and movement. Following years of animal experimentation, the first neuroprostethic devices implanted in human brains appeared in the mid-1990s. Currently BMIs can be categorized as follows:

Invasive BMI technologies are used to monitor specific brain regions. With the consent of the patient, BMIs are applied as invasive neural interfaces comprising neural microchip sensor arrays to detect multicellular signals, for example an impending epileptic attack. Injectable ‘Neural Lace’, originally proposed by Elon Musk, represents another invasive technology for the potential integration of brain neural networks and computing systems at a microscale level. This would introduce minimally invasive three-dimensional mesh nanoelectronics, via syringe-injection, into living brain tissue to allow for continuous monitoring and stimulation of individual neurons and biological neuronal networks. This concept is still at an early research stage, with a large community of critics, questioning the viability and technical feasibility of the project.

Non-invasive neural BMI interfaces include the use of EEG, fMRI and optical devices including fNIRS (functional Near Infrared Systems). They are used for neurofeedback with the aim of training and improving one’s own brain-related reactions to specific psychological settings. Non-invasive Brain-To-Brain Interfaces (BTBIs) involve two distinct human brains in direct communication with each other without physical, verbal or visual connection. Information is transferred from the sensorimotor cortex (a brain-region) of one participant (recorded via EEG), to the visual or motor cortex of the second participant (delivered via transcranial magnetic stimulation TMS). A particularly intriguing application of BTBI technologies, termed “Brainets,” involves the interfacing and processing of neuronal signals recorded from multiple brains to enable information exchange between interconnected brains for performing cooperative tasks.

Current technologies, whether in present-day or extrapolated future forms, appear to be unscalable and incapable of fulfilling all of the temporal or spatial resolution requirements necessary for a properly comprehensive fully functional B/CI.

Neural-nanorobots are expected to provide a non-invasive, secure and virtually autonomous real-time interface between the brain and the cloud. They can be applied via injection into the vasculature system to monitor the electrical information passing between synapses and neurons. Injection of the neural-nanorobots into the vasculature system would be performed in a clinical environment under the supervision of medical personnel, similar to vaccination applied for the protection of the immune system.  Neural-nanorobots are expected to be made of diamondoid hydrocarbon molecules (likely produced in Nano-factories via molecular manufacturing) with all nanodevices being completely recyclable.

A wearable neuromorphic computer, managed and controlled by the owner of the B/CI, could act as filter and pre-processor of the data being exchanged between the cloud and the brain. Communicating with the neural-nanorobots through wireless communication, the neuromorphic computer acts as a human WLAN, managing the data traffic between the brain and the cloud. Incorporating this feature would reduce the enormous bandwidth requirement to handle real-time B/CI data traffic to the cloud. Moreover, this concept of a two-tier B/CI architecture resolves some of the ethical issues related to B/CI applications.

The development and implementation of a human B/CI will require that all hardware and software technologies involved in the process are extensively tested, verified, and certified by the appropriate technical and administrative organizations, to ensure compliance with the required protocols for biocompatibility, safety, redundancy, security/privacy, stability and durability. The implementation protocols for neural-nanorobotics may be similar to those currently employed for the approval of any medical technology. Aside from the FDA approval process, and prior to implementation, all stages of the neural-nanorobotic B/CI system will require that each of its components and systems undergo the comprehensive review of an ethics board.

Non-destructive brain monitoring with neural- nanorobots, coupled with single-cell repair capabilities, is expected to provide a powerful medical capability to effectively treat most of the approx. 400 known brain disorders, including Parkinson, Alzheimer, drug-addiction, depression, dementia, epilepsy and spinal cord disorders. As health-issues will remain the key driver in worldwide B/CI research, other potential applications of neural-nanorobots include opportunities to improve education, intelligence, cognition and decision-making.

Cumulative human knowledge doubled approximately every century until 1900. By 1950, human knowledge was doubling every 25 years and as of 2006, on average, human knowledge was doubling every 13 months. This massive amount of information growth requires improved human learning capacities which are currently limited by the evolution-driven memory capacity of the brain. The impracticability of keeping up with the exponentially-growing rate of scientific knowledge is clearly evident. The ultimate learning process may be accomplished as a direct transfer of stored knowledge from the cloud to the human brain, where neural-nanorobots empower instantaneous learning on-demand.

The brains of humans with high IQ are extensively integrated with neural pathways that connect distant brain regions, while the brains of humans with low IQ have less-integrated connectivity with shorter neural routes. Neural-nanorobot based B/CI systems may significantly increase human intelligence, eventually superseding the inherent architectures of the brain’s neural domains. Such systems could expand memory capabilities considerably, improve pattern recognition and cognition through the creation of novel hybrid biological/non-biological networks.

A key driver of digital transformation currently in process, is the establishment of a dedicated corporate cloud as a knowledge-source for all individuals associated or employed by the corporation. With a two-tier B/CI to manage and control data traffic, collective intelligence, specifically directed towards the goals of the corporation, enhances decision making. Collective intelligence strongly contributes to the shift of knowledge and power from the individual to the collective, breaking down knowledge silos to adjust to rapidly changing market conditions.

In our present-day economy human intelligence is tightly coupled with employment status and income. The smarter you are the bigger the opportunity for financial wealth and higher social status. Consequently, to enhance one’s intelligence with external means is tempting. The UN has recently condemned Internet access limitation as a human rights violation (United Nations Human Rights Council, 2016). Similarly, a neural-nanorobotic brain-cloud-interface might be considered a human right as well, given its profound impact on augmenting human intelligence, promoting the right to education.

Ray Kurzweil, the well-known visionary and futurist, predicts that in the 2030s, human brains will be able to connect to the cloud via B/CIs, providing information directly to the brain, bypassing our ‘slow’ sensory system and to back up our thoughts and memories for unlimited long-term storage. He sees the extension of our brain into nonbiological thinking as the next step in the evolution of humans — just as learning to use tools was for our ancestors. Other scientists are sceptical that neural-nanobots will be safe and effective anytime soon or at all, due largely to how little we currently understand about how the brain works.

Regardless of the timing, a comprehensive analysis of the core ethical questions associated with implementation of non-invasive B/CIs must precede its implementation and mass adoption. Given the exponential rate of scientific and technological progress, governments and lawmakers are urged to provide the necessary boundaries and regulations before B/CIs are available to a selected group of individuals, stipulating a new digital divide that will promote massive social unrest and upheaval.

Humanity has at its core a potent and ceaseless drive to explore and to challenge itself, to improve its collective condition by relentlessly probing and pushing boundaries while constantly attempting to breach those barriers that tenuously separate the possible from the impossible. The notions of human augmentation and cognitive enhancement are borne out of this intense evolutionary drive. To Elon Musk we have no choice but to become Cyborgs, otherwise humans will become useless in an age of artificial intelligence. In social terms this might generate a two-class society, one with brain enhanced intelligence and one without. A similar discussion has been taking place in respect to so-called ‘Designer-Babies’ where the DNA is modified with a technology called CRISPR creating an ‘improved’ human being as compared to a non-modified being. How will the two classes of individuals – enhanced and non-enhanced – relate to each other? Sooner or later we will have to decide what we want:  Remain at the current evolutionary level or take a giant step to a new level of B/CI augmented humans. The benefits might outweigh the risks, we need to discuss the consequences.