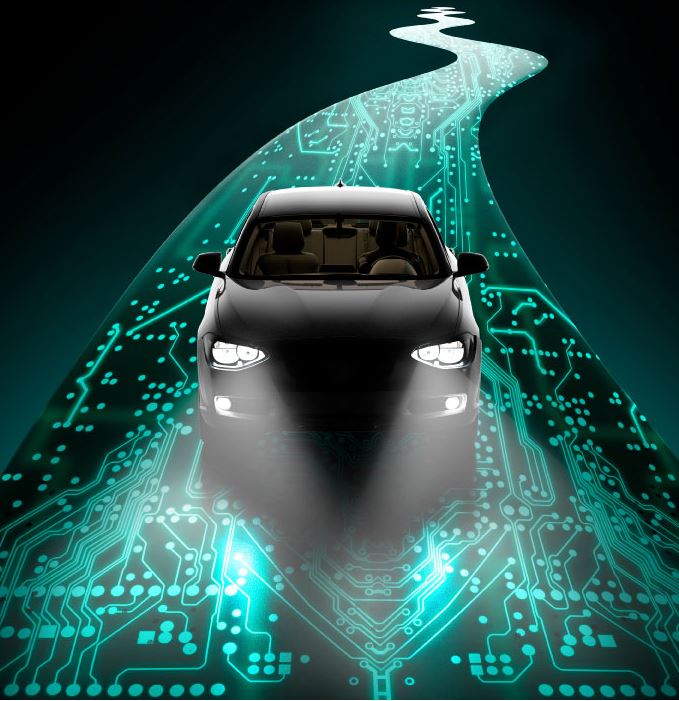 Networked-AI is designed to augment human intelligence with problem-solving tools, be it through automation or knowledge expansion. Also referred to as Human-Centered-AI, Networked-AI provokes a new mindset of human evolution which is as fundamental as the introduction of the printing-press by Johannes Gutenberg around 1450. While textual information conveys knowledge through language, Networked-AI provides intelligence to enhance or create new knowledge from any digital data source. Engaging humans with an internet connection, the intelligence-enhanced network is a resource for the individual as well as our society and its organisational bodies at large. For the years to come Networked-AI will be the resource to advance our knowledge relative to healthcare, education and climate change. Moreover, it will enhance the design and production of new products and services such as robots, computer hardware, construction materials, smart farming etc. In summary there is hardly anything in our economic value-chain ranging from research to production to consumption that will not be influenced by or connected to Networked-AI.

The key driving forces of Networked-AI

Networked-AI and the generation and distribution of digital knowledge is a development process that will take place over many years to come. To follow and understand this fundamental change, AI needs to be demystified to the point where any individual with an average IQ can comprehend what is happening. To pursue this goal, we must widen our mental scope towards a general understanding of the drivers that advance AI. Networked-AI is an emerging property driven by three scientific disciplines:

Interconnecting these disciplines supports the comprehension of common sense, a vital step which so far presents a major bottleneck in AI development. A new generation of individuals is emerging which easily adopts to the idea of being interconnected, ready to adapt to a mindset of collective intelligence. The awareness will develop that an interdisciplinary approach, beyond the parameters of existing knowledge silos, represents a human asset which is essential for the ongoing development of Networked-AI.

To improve the current level of ‘Narrow AI’, Information-Technology, Neuroscience and Neurophilosophy have to overcame major challenges:

Information -Technology: Deep-Learning, a subset of Information-Technology, has made huge advances in a number of application areas based on supervised learning algorithms. However, its dependency on massive, labelled training data to detect abnormalities or make predictions generates a major barrier to advance Deep-Learning beyond its current application portfolio. Research efforts are concentrated on freeing this bottleneck. Unsupervised learning algorithms are being developed to reduce the effort of data-set labelling. Reinforcement learning reduces training data for the design of AI gaming systems such as Alpha Zero. Generative Adversarial Networks (GAN’s) reduce data labelling as multiple AI- systems interact with each other to arrive at a desired outcome, such as generating a piece of art or optimizing the weight of a motorbike frame. There is broad agreement that the learning process a child goes through holds the key to the reduction of training data. Where supervised Deep-Learning requires millions of pictures to distinguish a cat from a dog, a child accomplishes this task by viewing a few samples.  To understand this process, Neuroscience is likely to provide additional knowledge.

Neuroscience: While Deep-Learning relies on networked artificial neurons simulating the human brain in a very crude way, neuroscience’s aim is to research the electrochemical behaviour of real neurons and its synaptic networks to understand how knowledge is stored and processed and how the brain performs cognition and control functions of our body/mind behaviour. To get to this point – also referred to as cracking the neural code – several research strategies are being pursued: One effort relies on mapping neurons and their synaptic networks by sequencing extremely thin brain slices to create what’s called the connectome of the human brain. With this map in place one could simulate brain behaviour with high-performance computer systems, analysing tasks such as memorizing and learning. With 85 billion neurons and trillions of synapsis being part of the human brain, we are still far from reaching this goal. Other efforts include the observation of real neurons in animals or epileptic patients that have agreed to the invasive placement of sensors in their brain. NeuraLink, a company owned by Elon Musk, recently announced their progress in invasively placing very thin wired electrons into the brain, applying computational neuroscience to cure brain diseases such as Parkinson or to directly connect the brain to external knowledge sources.

Neurophilosophy: Neurophilosophy or philosophy of neuroscience is the interdisciplinary study of neuroscience and philosophy that explores the relevance of neuroscientific studies to the arguments traditionally categorized as philosophy of mind and its relationship to psychology. The computational theory of mind has been widespread in neuroscience since the cognitive revolution in the 1960s. Neurophilosophy explores human behaviour with non-invasive methods applying fMRI or EEG brain scanners. Measuring the flow of blood within certain brain regions affected by external stimuli or providing information on the electrical, spiking activity of neurons while performing specific tasks, correlates brain activity to human behaviour. While Information-Technology and Neuroscience are primarily focused on cognitive intelligence, Neurophilosophy explores far reaching issues such as questions of consciousness, free will, intuition or creativity. Whether consciousness can be mapped by intelligent machines is one of the fundamental questions provoked by AI. Body integration and the role of emotions and feelings are other issues related to the design of Networked-AI.

Networked-AI is a resource similar to electrical grids that provide energy. The electrical-grid business model is driven by the price of energy and its uninterrupted availability critical to an entire region or nation. The resource provided by Networked-AI is intelligence, augmenting humans to solve problems through expanded knowledge. Licensing intelligence from Networked-AI provides many possibilities to generate value as the intelligence provided can be incorporated in a company’s ‘smart’ products and services. In support of this trend, the ‘Open Source’ concept has gained wide acceptance, providing documented building blocks to reduce the cost of producing AI applications. OpenAI, an organisation representing a team of currently one hundred AI-researchers and developers is a major player in generating modular code of intelligence for the efficient development of AI applications. Microsoft just announced that it is investing USD one billion of equipment and services in OpenAI to support building artificial general intelligence (AGI) with widely distributed economic benefits. According to their charter, OpenAI will actively cooperate with other research and policy institutions to create a global community working together to address AGI’s global challenges by publishing most of their AI research and to share safety policy and research standards.

While researchers and developers continue to advance their knowledge in applying AI, our society at large is experiencing a growing divide between those who are directly engaged in AI and those who are working in traditional working environments. This divide is further fuelled by the enormous wealth a few high-tech companies have accumulated in recent years. Using their wealth to acquire the best talents, offering exceptional salaries and financial rewards further strengthens their monopolistic market domination.  As internet-usage is fuelled by an ever increasing library of on-line applications, reports of data-breaches and data-misuse, fake-information or cyber-attacks against corporate or government infrastructures leave a notion of lethargy and distrust, while most of us realize that internet usage and imbedded AI applications will continue to expand further into our daily lives. To fight this ambivalent mindset, Networked-AI requires protection through strong regulations and policies, sustaining our democratic values. Consequently, to create Networked-AI and take advantage of its potential benefits, a major societal effort is required to overcome the current backlash of negative headlines.

How to implement Networked-AI: From global connectivity to local prosperity

Networked-AI is a tool to support humans; it is human-centered. While connectivity and access to the network are global, collectively advancing knowledge, the humans engaged in creating value are living locally as part of a society that supports their daily needs as individuals and families. The application of Networked-AI contributes to the prosperity of the community and can add value to a nations financial budget. Humans strive for a fulfilled life, emotionally, spiritually and socially. A well-functioning socio-economic infrastructure that meets the needs and defines the responsibility of individuals and organisations is key in achieving prosperity at a national level. To achieve this goal national institutions, coordinating the access to money, natural resources, healthcare, law, economics, education, energy, transportation, communication and defence have to be brought in line with the opportunities of Networked-AI. To succeed requires local, bottom-up initiatives as part of a democratic process engaging everyone, young and old. As we can expect that the evolution of scientific discovery continuous to accelerate, life-long, AI-assisted personalized education, enhancing formal education, is required to support a change of attitude with far reaching consequences. Without this change, reflecting the thoughts of the historian and philosopher Yuval Noah Harari, we might open the door to a downturn of our democratic society where brain-hacking is used to achieve economic and political advantages by a few, destroying our sense of identity, consciousness and culture.