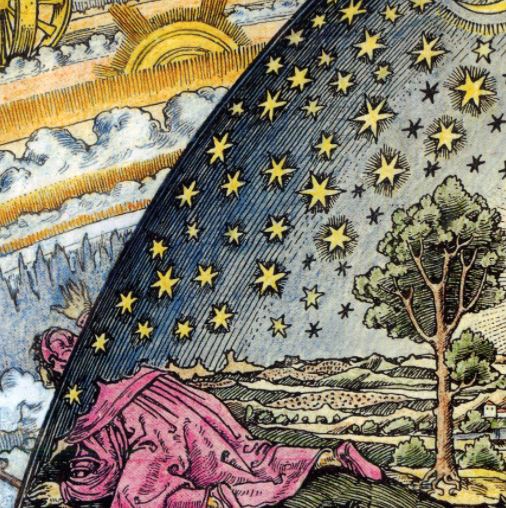 To some the metaverse is nothing but Big-Tech’s marketing gimmick to sustain their highly successful business-model of monetizing user’s behavioral data in exchange for ‘free’ services, especially when governments are making efforts to control their marketing and financial power. Yet,  to satisfy their investors, these companies have no choice but to push ahead with new hard- and software-technologies. In recent years there has been immense progress:

to provide the technology for creating a new internet user experience. The metaverse may eventually come to define how we work, learn and socialise. This means VR and AR would move beyond their current niche uses as the metaverse becomes our new communication standard. The financial investments necessary to reach  that goal are huge. At the same time the risks associated with these investments are difficult to assess as the urge to experience reality might be stronger than being engaged in virtuality.  Hence, there is a risk that the metaverse might implode like the internet bubble 20 years ago. However –  in addition to gaming with its own momentum to more virtual realism – there are many useful applications especially in the instructional domain, such as conducting robot-assisted operations, learning to drive a car or teaching workers how to assemble machines using holographic headsets. Hence, in terms of economics,  it is vital to distinguish between ‘Business to Business’ and ‘Business to Consumer’ applications as the latter provides the financial resources required to  develop new services and products for the various ‘Business to Business’ market segments.

To underline its ambition in maintaining the leadership position in social media, Facebook has changed its corporate identity to ‘Meta’. Given its history as the leading social network with billions of  subscribers, the social aspect is likely to be central in Facebook’s metaverse-strategy. Some experts believe that communicating within the metaverse may be more effective than present-day video conferencing. An avatar might support your communication, decision and service requirements as this virtual world is available whenever you want to visit it. You can change it by adding new virtual buildings or other objects like your preferred car or your favoured painting. You might be able to take up residence in a beautiful home and own a bit of it. Regardless, the metaverse will still rely on user-generated content –our experiences and personal stories – in the same way social media functions today. But whether we will one day access all internet services through 3D virtual worlds and virtual reality headsets remains to be seen. Given the current tensions between ‘Big-Tech’ and governments over privacy, freedom of speech and governance over content, the question looms as to what kind of metaverse we want and who gets to regulate it. Facebook’s dominance in the social media market, its enormous financial resources and its proclaimed intent to hire every VR and AR developer in Europe combined with its dozens of corporate acquisitions – all this sounds less like true collaboration and consensus, and more like an attempt to control the next frontier of computing.

The Transition from Analog to Digital to Virtual

Analog is the world as it is—the real world in all its variety and diversity of nature, and it is also everything that humans have ever created. Digital transmutes the real world  into discrete forms of ones and zeros. The upside of digitalization is that files and content can be created, copied and transferred at nano-cost and in nano-time. One downside of digitalization is that the process squeezes out the uniqueness of the original signal. That is the reason why artists tend to disdain digital, because some of the details and brilliance in the original are lost in the process of digitalization such as the compression of music with the MP3 algorithm. A digital file is fungible. It can be read or traded by billions of users and the recent surge of NFT’s (Non-Fungible-Tokens) coupled with Blockchain-Technology has raised the visibility of digital assets as a new market segment. Virtual extends the digital representation of reality to a new experience which, in many ways, resembles a state of dreaming. Dreams not only replay memory fragments but also create new, highly creative mixtures of memories and knowledge. This process has led to the creation of many works of literature, art and science. One aim of neuroscience is to map the location in the brain of thoughts and mental experiences which relate to dreaming. Everything we see, imagine or think about is linked to neural responses somewhere in the brain. Neural activity conducted in the primary sensory areas of the neocortex produces the impression of sensory perception. This implies that neurons firing in the primary visual cortex create the illusion of seeing things while neurons firing in the primary auditory area create the illusion of hearing things. The images and sensations created in this way create a complex, multisensory hallucination which we might call a dream. Following the idea that dreams have an analogy to virtual experiences, it comes as no surprise that the metaverse implicates an enormous capacity for ‘dreamlike’ experiences , exploring the desire to move beyond reality.

It is easy to comprehend Facebook’s vision for the metaverse by looking at its existing approach to social media. Facebook has moulded our online lives into a gigantic revenue stream based on surveillance, fuelled by analysing and selling our behavioral data. VR and AR headsets together with body sensors  collect enormous amounts of data about the user and their environment. This is one of the key ethical issues around these emerging technologies: Everything you do in VR could potentially be traced back to analyse your individual identity in far more detail than so far possible. The rapidly growing cases of cybercrime, data theft and the demand for ransomware raises the question whether the metaverse and its attractiveness to experience a new form of virtuality is not contradictory to our efforts to maintain individual integrity and unbiased decision making. Having access to our ‘dreams’ offers far more potential for influencing our behaviour as the many dystopian scenarios, including Aldous Huxley’s  ‘Brave New World’ have contemplated. Hence, what happened to all the warning messages from Yuval Noah Harari, Stephen Hawkins, Nick Bostrom and Co. a few years ago? Fact is, that all ‘Big-Tech’ companies including Microsoft are joining the metaverse initiative. This is no longer a Facebook issue and rather a sign of corporate ‘panic’ missing the next industrial revolution.

The Fine Line Between Reality and Imaginary

we are experiencing two worlds: a world outside of ourselves consisting of things that others can see, hear and touch as well, and a world inside consisting of our thoughts and imaginations which only exist in our own mind. To imagine something that is not there, we use our knowledge to generate an image of what we think something might look like. Recent studies have shown that the neural processes supporting pure imagination are like those involved in perceiving the outside world: When we imagine a cat in our mind’s eye, a similar network of brain areas gets activated as when we see a real cat out in the outside world. These observations demonstrate that brain signals reflecting imagination are completely intermixed, muddling the distinction between our inner world and the outside world or between reality and imagination. When these mixed signals are strong or vivid enough to cross a reality threshold, we think it reflects reality. Reality and imagination are completely intermixed in our brain which means that the separation between our inner world and the outside world is not as clear as we might like to think. If our imagination is vivid enough, we will think it is real and we use our imagination to create our perception of reality, which implicates that we humans  define reality in contrast to the theory that reality defines us. Hence, the capacity to define reality is one human’s most valuable asset, strongly related to creativity. This mindset, however, requires a conscious perception of our own identity and above all free will for distinguishing reality from an artificial virtuality mimicking our mental capacity for imagination.

The question looms whether individuals should let themselves be ‘seduced’ to experience the artificial life of the metaverse in ‘entertainment mode’ instead of using their own imaginative capability. We have possibly reached a tipping point in our technology-focused world. In his 1966 book ‘The End of Science’ , John Horgan contends that science—and particularly pure science rather than applied science, technology and medicine—is coming to an end. This controversial hypothesis which had received wide attention, was registered with consternation by many but certainly not all in the scientific community while giving comfort to those who want science and technology to go away for good. From our experience we know that there’s no turning back – few are willing to take a stand against innovation and machines especially as our livelihood depends on it. Darwin’s  ‘Survival of the Fittest’ seems to prove that human evolution has its own momentum, with or without the metaverse.