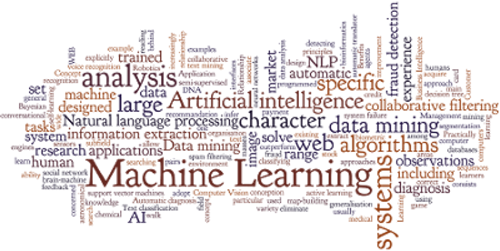 The paradigm shift towards the 4th industrial revolution

Every generation or so, a number of emerging technologies converge, and something revolutionary occurs. The reason we are now experiencing a paradigm shift largely driven by Artificial Intelligence (AI) is the simultaneous occurrence of the following:

For over 50 years Moore’s Law which states that silicon computer chip density and performance will double every two years has proven to be quite accurate. This exponential growth has become a reference for the growth potential of the entire industry which uses microprocessors in their products or provides services based on these products.

Our intuitive comprehension of growth is linear and not exponential and looking forward we apply this intuitive thinking based on the linear interpretation of past data.

In that respect we probably tend to underestimate the impact of the paradigm shift towards the 4th industrial revolution. Consequently disruptive business models will continue to emerge with start-ups challenging the corporate establishment.

Moore’s law is slowing down due to the temperature and space limitations of silicon based chips. However new materials und computing concepts are likely to extend this exponential growth as long as the demand for computational capacity will increase as well. The ongoing advancements in machine learning and ‘big data’ processing will support this exponential growth pattern.

What intelligence are we talking about: emotional, cognitive

AI is mostly directed towards cognitive tasks and machine learning is contributing heavily to improve or automate these tasks.

The differentiation discussed above is complex and unfortunately often misunderstood or misrepresented by media coverage. As a result distrust and fear are widespread as:

To deal with these valid concerns it is essential that a dialog takes place between those that are engaged in AI research and/or produce AI based products and services and those that apply them in corporate and government settings.

One positive effort to deal with these concerns was the formation of an AI Partnership launched by Amazon, Facebook, Google, IBM, and Microsoft in September this year. They announced that they are launching a nonprofit organization to “advance public understanding” of artificial intelligence and to formulate “best practices on the challenges and opportunities within the field”. The partnership will conduct research and recommend best practices relating to “ethics, fairness and inclusivity; transparency, privacy, and interoperability; collaboration between people and AI systems; and the trustworthiness, reliability and robustness of the technology,” according to the announcement.

As machine learning advances it is foreseeable that cognitive AI will eventually match human cognitive intelligence. This view is widely accepted by the AI and Neuroscience community; however there is disagreement about the timing. Most experts believe that it will happen sometimes this century.

The occurrence of this event has been defined by the term ‘Singularity’. The first use of the term in a technological context was attributed in 1958 to John von Neumann. Since then there have been speculations about the consequences of ‘Singularity’ possibly resulting in some form of runaway superintelligence implemented in machines we no longer can control.

There are philosophical debates which question this view. The discussion about ‘consciousness’ and the mystery of the human mind has been a key topic for many philosophers, from Plato to Descartes (I think therefore I am), from Hegel, Kant and Wittgenstein to Searle, Dennett and Chalmers. Some make the point that a computer executing the best weather model still does not understand what it means to get wet.

Ray Kurzweil, inventor, futurist, also working for Google as Director of Engineering has written extensively about ‘Singularity’. He regards ‘Singularity’ as an opportunity for mankind to improve our lives as human beings in harmony with technology.

It is imminent that we depend more and more on systems and devices that help us manage our daily tasks in an ever more complex environment. The smartphone is likely to play a key role to become my personal assistant, however there other devices as well:

At home you might employ a less portable device like an intelligent bidirectional loudspeaker, on the road you might want to be moved by an autonomous driving car without driver responsibility and so on. Common to all these assistants is the voice/language interface.

So far voice assistants like ‘Siri’ or ‘Google Now’ have had little acceptance (about 12%) largely due to its synthetic, non-sympathetic sound. Improvements based on Machine learning as recently demonstrated by Google DeepMind are likely to change our attitude.

A device that talks to you with the voice of a friend that you find sympathetic could unlock the potential of a truly personal assistant acting as gateway to services some of which again are supported by machine learning like image or pattern recognition.

With ‘Singularity’ approaching, the challenges for corporations to adapt to this changing environment are enormous. The cost savings potential of Digital Transformation can be so significant that companies have no option but to join the club. Digital Transformation however is not just another move to improve the IT System setup. Much more so it implies reinventing the company on all levels: customer fulfillment possibly incorporating the integration of personal assistants, manufacturing, logistics and new partnerships with companies that are providing platforms for artificial intelligence services.

As cognitive Intelligence is becoming a commodity the role and value of humans as a resource for success needs rethinking. Behavioral Economics also defined as Neuro Economics needs to be balanced with Digital Economics. The decision where to employ humans and where to employ AI machines will require thoughtful leadership. Emotional Intelligence paired with personal development, unlocking creativity as well as the capability to manage and motivate teams as a coach sets a high standard for future leaders.