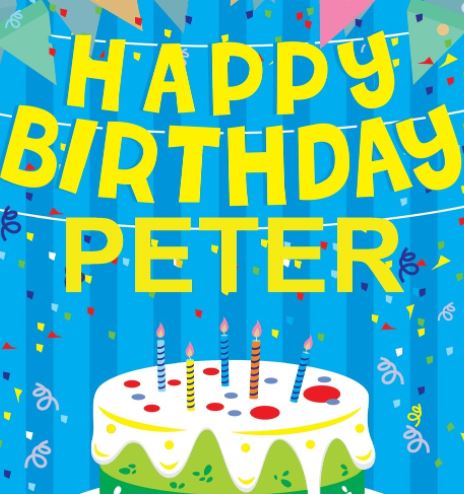 Since the onset of homo sapiens about 250’000 years ago, its evolution and the capacity for self-reflection has been one of human being’s most outstanding capabilities. Conversely his ability to think about thinking at conscious and subconscious levels remains a mystery which philosophers have been contemplating for hundreds of years. With the emergence of Artificial Intelligence (AI), mimicking the functionality of the human brain, a new scenario of humanity’s future has emerged. Along these lines aging is an obvious topic, especially at the moment when one passes a milestone like turning 80, as I did just few days ago. For me, writing essays corresponds to the ongoing formation of my own personality, largely driven by my relentless curiosity. Hence, this 133rd essay offers – just like all previous ones – a flash reflection on the consequences of the exponential acceleration in science and technology and its social-economic impact, in this case adding a more personal view of my own aging experience.

Ray Kurzweil, well known inventor and futurist,  compares the human genome to outdated software and describes ageing as a solvable engineering problem. Kurzweil’s transhumanistic concept, propagating that our mind could live on after being transferred from an old to a young body via cloud data exchange, has raised serious opposition as many researchers question the feasibility and ethicality of this approach. Yet, on a less controversial note, Kurzweil is convinced that progress in drug design will eventually extend our life expectancy, adding one additional year to our lifespan every year.  According to a recent United Nations report, in 2020 – for the first time in history – individuals aged sixty or older are outnumbering children under the age of five. These remarkable gains in life-expectancy are the result of improved healthcare along with the continuous generation of AI-based knowledge. Moreover, today’s technology-driven economy stipulates an age segmentation whereby individuals have to ‘reinvent’ themselves several times during their lifetime to maintain a viable position for employment. Especially individuals engaged in cognitive thinking tasks are exposed to this trend with life-long learning considered a ‘must’ to remain employable. We know, however,  that aging reduces our intellectual capacity to adapt to change. Transforming a fifty-year-old individual to a data analyst, capable of handling complex mathematical problems seems unrealistic. Hence, new socio-economic concepts are required dealing with such issues as fair wealth- distribution or guaranteed income. While this hardly affects today’s elderly, the concern is certainly valid for the ‘age 25 and younger’ generation. Who carries the social cost of an aging population with a higher life expectancy and how do individuals prepare themselves for a societal shift in income generation? Along the exponential trajectory of progress in science and technology these questions will increasingly stipulate the need for providing answers vis-à-vis the rising threat of social upheaval.

Aging affects our body and our mind. It impacts our social life and our relationship with those institutions that are our contact-points for age-related issues like the health care system. Aging might be experienced as a normal path of getting ‘old’ with generally assumes symptoms such as increased forgetfulness or memory loss, or physical impairments like the inability to move quickly or the difficulty in walking over longer distances. However, there are other symptoms which are classified as illnesses or potential health threats which might or might not be age related. Alzheimer, a brain disease, typically develops beyond the age of 60, however it might manifest itself already in individuals around age 40. The same holds true for potential heart problems and heart failures, lung problems or elliptic attacks to name just a few. AI’s contribution in reducing these problems can be summarised as follows:

With its aim to mimic the functionality of the human brain, AI has evolved as an interdisciplinary platform sustained by three pillars: mathematical brain modelling, behavioural psychology and neural brain biology. The growing knowledge of neural brain functionality, both in respect to our physical as well as mental wellbeing, might help to control or prolong the outbreak of Alzheimer, for example. Fostering ‘brain plasticity’ for adjusting to aging life conditions with the support of EEG brain monitoring or the application of new, ‘intelligent’ drugs, capable of passing through the brain’s blood barrier to find and treat affected brain regions, offer hope of reducing the threat of brain illness while aging.

Resources to manage the aging process

AI’s main focus relates to cognitive and emotional intelligence both of which can be measured based  on generally accepted standards such as IQ and EQ. However other factors such as intuition, creativity, motivation or mindfulness are beyond intelligence-focused issues. Early development of personality traits including conscientiousness may have long-term impacts on whether one ages successfully or poorly. Successful aging is a life-long process, the foundations of which are laid in childhood, and maintenance of which requires continued purposeful goal pursuit in social, economic and health domains up to midlife and beyond. Many aging individuals maintain high motivation autonomy, energetic pursuit of social engagement, conscientious financial planning and awareness of self-care and care of others into very old age. Older adults build on rich life experience and possess increased appreciation of their own priorities and strengths. However, some individuals, whether due to vulnerability factors or to life circumstances, fail to sustain successful trajectories of aging. For these individuals failures of self-regulation, often beginning early in the life course, may result in poor health and the risk of premature disability and dependence on health and social welfare systems. These forms of dependence also stipulate a loss of opportunity for further purposeful goal pursuit and social engagement with a decreased sense of purpose, increased social isolation and loneliness and declines in autonomy.

Motivation as a driving factor of positive aging

Our motivation for achieving a goal is controlled by a brain-controlled reward system. In our daily lives we routinely determine whether to engage or disengage in an action according to its potential value. Several theories of psychological aging consider motivation to be a central driver of one’s life course as laid out in Background Paper — Motivation and Aging: Toward the Next Generation of Behavioral Interventions (nih.gov), presented in 2012 at a National Institute on Aging (NIA) conference. In general, older adults are viewed as selectively devoting cognitive resources to promote important goals such as maintaining emotional equilibrium, social harmony or satisfactory levels of social role performance. These theories imply that older age is characterized by a distinct set of motives that contrast sharply with the goals important during the earlier phases of life. For example, as individuals move from adolescence towards adulthood, increased responsibilities may require them to forego immediate gratification in order to achieve long-term goals. Going from young adulthood to midlife, the development of social and occupational identity take priority. However, as individuals enter older age, maintaining positive emotional well-being and worthwhile social relationships become primary goals. Research evidence suggests that older adults are generally more conscientious and more adept at managing social conflicts. Motivation becomes a resource fostering persistence, creativity and effectiveness in respect to the key social challenges of aging. Hence, aging implies a potential for motivational intervention to leverage a rich and unique set of psychological resources. Consequently AI-based interactive Avatars with access to huge volumes of cross-referenced health data will help to boost motivation during the aging process.

Following the issues discussed and the research results presented, the question looms as to how much of aging is genetically influenced. The generally accepted scientific view is that about one half of one’s personality is genetically based, while the other half develops throughout life as part of a personality forming process. In my case intense curiosity and a relentless drive to explore the effects of scientific and technological achievements have, since adolescence, characterized the development of my personality.  In respect to genetics, Jakob Degen, a distant relative of mine, born in the same small village from which my forefathers came, exhibits traits and behaviour that partially match my own. To pursue his passion for engineering and innovation Degen moved to the City of Vienna, hoping to find better working conditions. After several entrepreneurial ups and downs he died in 1848, highly respected by the Austrian government as pioneer of flying machines and innovator of printing presses for the production of copy-safe banknotes. Some examples of his work is exhibited in the Technical Museum of Vienna and in honour of his contribution Austria released a special edition of a postal stamp in 2010: 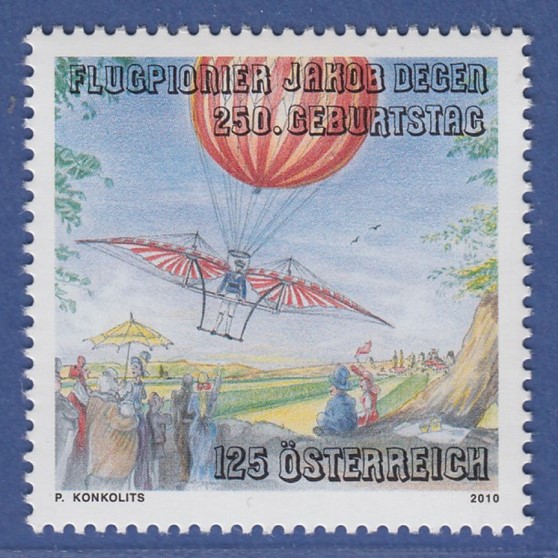 Exploring the details of a genetic relationship between Jakob Degen and me would require a cumbersome DNA analysis. However, the intuitive believe that the development of my personality is grounded in an evolutionary process marked by innovation and an entrepreneurial mindset provides assurance that I am moving in the right direction towards self-realization, knowing that my own achievements do not match Jakob Degen’s far-reaching innovations.

The Google’s search engine and its ongoing improvement of its AI-Algorithms provides the most useful tool for researching and writing my essays. In the not-too-distant future, however, perhaps 90% of the work – from content research to content creation – will be delivered by intelligent machines. As this technological achievement will set loose plenty of my creative energy,  I have decided to write an AI-thriller centered around a former WW2 Swiss mountain fortress as location of  a highly secretive AI-lab, missioned to crack the neural code. Work on this exciting project has started, hence stay tuned!