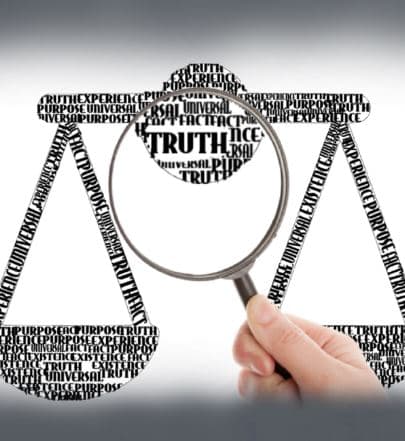 The Enlightenment started with philosophical insights on the advancement of new technology. Our 21st century is moving in the opposite direction. It has generated a potentially dominating technology in search of a guiding philosophy. The actual risks posed by Artificial Intelligence (AI) have nothing to do with killer robots. They relate to the machine-learning algorithms that recommend content on the internet. AI largely controls what people watch or read. These algorithms have radically altered the way we receive information. Consequently, we may be exposed to the  degradation of truth. Without truth, however, the ideals of freedom and democracy are unattainable.

The Interaction between Technology and Philosophy

In 2018, in an article How the Enlightenment Ends – The Atlantic , Henry A. Kissinger, former US national security adviser and secretary of state, made the point that the technological progress that had most altered the course of modern history was the invention of the printing press. It allowed the search for empirical knowledge to overcome liturgical doctrines. Individual insight and scientific knowledge replaced faith as the principal criterion of human consciousness. The Age of Enlightenment and Descartes’s division of mind and matter determined the thoughts and actions that have shaped contemporary world order ever since. But that order is now questioned amid a new technological revolution, largely driven by AI. The consequences may be a world relying on machines powered by data and algorithms, ungoverned by ethical or philosophical norms. The internet’s purpose is to ratify knowledge through the accumulation and manipulation of ever-expanding data. Hence, human cognition loses its personal character. Users of the internet rarely interrogate history or philosophy. They demand information relevant to their immediate practical needs. In this process, search-engine algorithms acquire the capacity to predict the preferences of individual clients, enabling the algorithms to personalize results and make them available to other parties for political or commercial purposes. Truth becomes relative. Information threatens to overwhelm wisdom. A growing percentage of human activity will  eventually be driven by AI algorithms. But these algorithms, being mathematical interpretations of observed data, do not explain the underlying reality that produces them. Paradoxically, as the world becomes more transparent, it will also become increasingly mysterious. At the same time, AI is likely to provide extraordinary benefits to medical science, clean-energy advancements, environmental issues, and many other areas. But precisely because AI makes judgments regarding an evolving, as-yet-undetermined future, uncertainty and ambiguity are inherent in its results. In summary, there are three areas of special concern:

First, that AI may achieve unintended results. Science fiction has imagined scenarios of AI turning on its creators. More likely is the danger that AI will misinterpret human instructions due to its inherent lack of context.

Second, that AI may change human thought processes and human values. As AI learns exponentially faster than humans, we must expect the trial-and-error process by which human decisions are made to accelerate.

Third, that AI may reach intended goals, but will be unable to explain the rationale for its conclusions. Typically, these questions are left to technologists and to the intelligentsia of related scientific fields. Philosophers and others in the field of the humanities who helped shape previous concepts of world order tend to be disadvantaged, lacking knowledge of AI’s mechanisms.

According to Reinventing Ourselves: What Do Advances in Artificial Intelligence Mean for Truth? | Bluesci, no knowledge remains true if we wait long enough. The train is no longer the fastest way to commute, and the quartz watch is no longer the most accurate way to keep time. Throughout our long history, we have had to relearn facts and theories. However, algorithms are becoming smart enough to eclipse human intelligence. Superhuman capabilities in games such as chess and Go are reaching levels of perfection, unthinkable a decade ago. AI will most certainly wipe out a great number of jobs in many arenas that presently depend on human labour. Depending on one’s philosophical and social outlook, it may be considered either unsettling or emancipating to know that the value of any of us is no longer determined by what we produce. Machines and algorithms not only change the way we interact with the world but also our perception of it. Already today, truth is increasingly defined by the top result on a Google search. Deepfake, a technology that can generate videos of anybody saying anything, makes misinformation ever more indistinguishable from fact. Reality has always been evasive, and humanity has struggled for thousands of years in pursuit of knowledge. Presently mastering language and the scientific method define the state-of-the-art in AI. Language ascribes a ‘concreteness’ to abstract, generalised concepts we know as reality by attaching small things meaningful only to our individual selves. On the other hand, the scientific method reduces reality to the fewest, simplest premises that all of us can agree upon. However, conducting sciences through asking questions beyond the current framework, shows that science is inherently a human endeavour and not just the manifestation of objectivity. As AI replaces some of our physicians, financial experts and drivers, new jobs will emerge while others disappear. Humans will have to retrain themselves constantly as jobs become more volatile. However, this is not insurmountable once we set up the right infrastructure for continuous education. Moreover, providing room for human creativity is a must for scientific and technical progress. For instance, we will never completely replace our actors and dancers with robots if we consider art as an expression of the human experience. In contrast, as we begin to rely more on algorithms than on trusting ourselves to make decisions, human judgement is at risk of becoming increasingly irrelevant. However, algorithms are not without biases of their own. They learn from existing information, so inevitably they will perpetuate historical biases. Hence, the best way forward is to combine the use of algorithms with human judgement and common sense. Limiting the power of algorithms is our responsibility. More importantly, humans should always retain the power to veto machine decisions.

According to What is Truth? – Philosophy News ,there are several theories defining truth. The following provides a summary of the most popular ones:

The Coherence View of Truth

The main idea behind this view is that a belief is true if it ‘coheres’ or is consistent with other things a person believes, for example, the person’s believe that grass is green. This theory depends on the interpretation of the main terms regarding other beliefs. Suppose you have always lived in a region covered with snow and never saw grass or formed beliefs about this ‘strange’ plant. The claim ‘grass is green’ would not cohere with other beliefs because you have no beliefs that include the concept ‘grass.’ The claim, ‘grass is green’ would be nonsense because it contains a nonsensical term. Hence, coherence theorists claim that we can only base a given belief on other things we believe in. We cannot ‘stand outside’ our own belief system in comparing our beliefs with the actual world. Thus, truth is essentially epistemic since any other model requires a type of access to the ‘real world’ we simply cannot have.

The Correspondence Theory of Truth

Philosophers who favour the correspondence theory maintain that there is a world external to our beliefs that is somehow accessible to the human mind beyond reality. Specifically, correspondence theorists hold that there is a set of ‘truth-bearing’ representations of the world that align to or correspond with reality. When a proposition aligns to the way the world is, the proposition is said to be true. This definition does not involve beliefs that people have. Propositions are true or false regardless of whether anyone believes them.

Postmodern thought covers a wide theoretical area but surpasses modern epistemology particularly when it comes to truth. In simple terms, postmodernists describe truth not as a relationship outside of the human mind that we can align belief to, but they see it as a product of belief. We never access reality because we can never get outside our own beliefs to do so. Our beliefs function as filters that keep reality beyond us. Since we can never access reality, it does no good to describe knowledge or truth in terms of reality because there is nothing we can say about reality that is meaningful. Truth is constructed by what we perceive and ultimately believe in.

Recently, a group of researchers at the AI Alignment Forum – an online hub for researchers seeking to ensure that powerful AIs are aligned with human values – decided to ask how truthful GPT-3 and similar language models are. They came up with a benchmark to measure whether a particular language model was truthful in generating answers to questions. The models generated many false answers that mimic popular misconceptions and have the potential to deceive humans. Based on these results, one can conclude that AI has no chance to act as terminator of truth. Anything else is Fakenews.