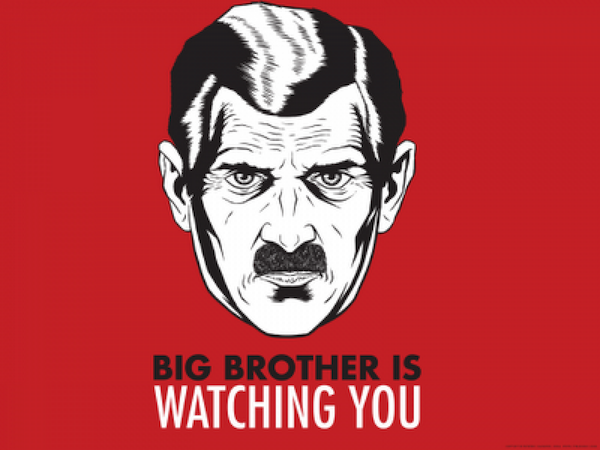 Facebook’s data breach disaster is a good indicator of how much private data of internet users has become a commodity to manipulate human decision-making on a massive scale. The public outcry in the media can hardly be overheard and the call for US data protection laws, similar to those which will go into effect this month in Europe, is rising. Some government officials see our democracy in danger and call for even stronger regulatory measures.

Cambridge Analytica, one of Facebook’s data brokerage customers, has profiled more than 50 million US individuals based on data which was legally or illegally obtained from Facebook and other sources, presumably to influence the US presidential election in 2016. One should keep in mind that the business model of collecting private data against free services is practiced by Amazon and Google as well and has propelled these companies to enormous wealth and economic world leadership. The current outcry is an indication that humans are very sensitive to privacy invasion. Collecting data via biometrics and emotion sensing will compound the problem further. Using the internet leaves a digital footprint which can be analysed. This activity, also called ‘psychometrics’, has reached an unprecedented level of accuracy, enhancing profiled targeting of individuals or mass targeting of groups of individuals with similar interests and concerns.

Personality research ranges from the analyses of genetic codes and studies of biological systems including sexual, social, ethnic and cultural issues to the study of feelings, behaviour and intelligence. Personality is correlated with many aspects of life, including job success, attractiveness, drug use, marital satisfaction and happiness. In 1869 Sir Francis Galton – inspired by Darwin’s research on animals – wrote a book entitled “Hereditary Genius” which describes characteristics that people possess and how those characteristics make them more “fit” than others. His research marks the beginning of modern-day personality research.

Several on-line tests are available to get an overall score of one’s personality based on the FFM classification. The SAPA Project website, for example, provides a collaborative research tool for studying patterns of human behaviour with a test that will provide feedback about your personality on two levels. First, you will receive scores on the 27 personality dimensions that were identified through statistical analyses of 300,000 SAPA participants. Second, it will also give you scores in respect to the FFM traits of personality plus an overall cognition score. Most people spend 15 to 25 minutes on the full test. The test is free and anonymous.

Correlation of Facebook ‘Likes’ to the FFM personality structure

Laboratory studies have shown that on-line communication is far more effective in influencing behavior when tailored to an individuals’ unique psychological make-up. This information about one’s personality can be predicted from digital footprints generated by Facebook ‘Likes’ or Tweets. In a research paper published in 2014, Michal Kosinski and David Stillwell document that Facebook ‘Likes’ can be interpreted and correlated to FFM traits with significant accuracy based on statistical analysis of large data-sets. Using several criteria, the study shows that computer-generated judgments of people’s personalities based on their digital footprints are more accurate and valid than judgments made by their close friends, family members or colleagues. The research concludes that people’s personalities can be predicted automatically and without involving human social-cognitive skills. Facebook’s phenomenal growth and financial success in data brokerage of profiled users is related to the research conducted by Kosinski and Stillwell. Another study, published by the same authors in 2017, demonstrates the effectiveness of psychological mass persuasion—that is, the adaptation of persuasive appeals to the psychological characteristics of large groups of individuals with the goal of influencing their behavior.

The capacity to implement psychological mass persuasion in the real world carries both opportunities and ethical challenges. On one side, psychological persuasion could be used to help individuals make better decisions and alleviate many of today’s societal ills. For example, psychologically tailored health communication is effective in changing the behaviour of patients and groups that are at risk. Hence, targeting highly neurotic individuals who display early signs of depression with materials that offer them professional advice or guide them to self-help literature might have a positive preventive impact on the wellbeing of vulnerable members of society. On the other side, psychological persuasion might be used to exploit “weaknesses” in a person’s character. It could, for instance, be applied to target online casino advertisements at individuals who have psychological traits associated with pathological gambling. In fact, recent media reports suggest that the Trump presidential campaign used psychological profiles of millions of US citizens to suppress their votes and keep them away from the ballots on election day. The veracity of this news story is uncertain. However, it illustrates clearly how psychological mass persuasion could be abused to manipulate people to behave in ways that are neither in their best interest nor in the best interest of society.

Personality describes how others perceive you. In contrast Identity is largely concerned with the question: “Who am I and what does it mean to be who I am?”. Erik Erikson (1902 to 1994), a well-known German psychoanalyst researched the development of identity, considering the impact of external factors and the influence of parents and society, from childhood to adulthood. According to his theory, every person must pass through a series of eight interrelated stages over the entire life cycle. The formation of one’s identity is a life-long process which typically peaks in intensity during the age-bracket of 12 to 18 years (teens, adolescents). During this phase, development now depends primarily upon what an individual does. An adolescent must struggle to discover and find his or her own identity, while negotiating and struggling with social interactions of ‘fitting in’ and developing a sense of morality and right from wrong. As this age-group spends time online, the Internet can influence the formation of their identity. Catherine Steiner-Adair, a psychologist and author of “The Big Disconnect: Protecting Childhood and Family Relationships in the Digital Age,” says the kind of outside affirmation sought online is a vital part of how teens form identity. Social media allow kids to broadcast everything while exposing them to experiences they might not have encountered a generation ago. But it also opens teens up to exponential ridicule or an amplified feeling of invisibility that can influence the perceptions they have of themselves. The problem is impulse control, says David Greenfield, an assistant professor of psychiatry at the University of Connecticut School of Medicine and founder of the Center for Internet and Technology Addiction. “Because teens’ brains are not fully developed, they do not have the impulse control to understand the damage they can do online. This group doesn’t differentiate. They see their real identity and their online identity as identical when in fact they’re not,” Greenfield states.

Time will show what happens when todays Millennials move on to maturity. In one scenario, personality profiling reaches a level of perfection where humans might succumb to the manipulation of intelligent machines. In another scenario, humans strengthen their identity and self-awareness to maintain their own decision-making ability. To quote famed management consultant, educator, and author, Peter Drucker:

“In a few hundred years, when the history of our time will be written from a long-term perspective, it is likely that the most important event historians will see is not technology, not the Internet, not e-commerce. It is an unprecedented change in the human condition. For the first time – literally – substantial and rapidly growing numbers of people have choices. For the first time, they will have to manage themselves. And society is totally unprepared for it.”

Government regulations will not solve this problem. We as individuals must act, especially when it comes to taking care of the need of teenagers in a phase where exploring one’s identity is crucial for future happiness and success. The perdurable question, “Who am I?” points to a deeply rooted need within us, to understand the basis for the experience of unitary consciousness known as the Self. As long as this question prevails and efforts to answer it are made, persuasion and manipulation by intelligent machines and their algorithms will be curbed by our own sense of identity and self-awareness.