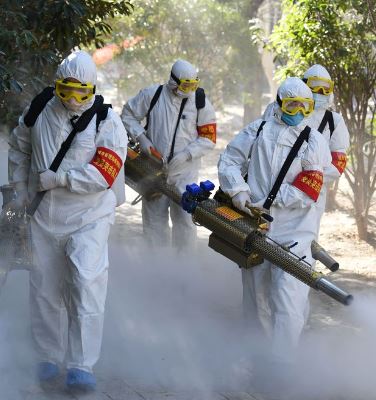 The BSE Mad Cow disease marked, what one expert later called, “an unprecedented breakdown of communication between British citizens and their public institutions.”

About 30 years later a majority of Americans (53%) recently told a YouGov poll that they do not trust Trump to tell the truth about the Corona virus.

But the lack of trust in the government is only one side of the equation: As the Trump administration first stalled, then blamed, then lied, and then doubled back on itself when faced with the imminence of the pandemic, both institutions and activist networks at the grassroots of American society have now begun to engage their skills and resources to battle the crisis.