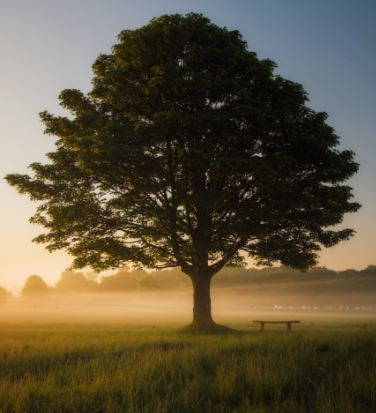 Motivation is the process that initiates, guides and maintains goal-oriented behavior. It is what causes you to act, whether it is getting a glass of water to reduce thirst or reading a book to gain knowledge. Motivation involves the biological, emotional, social and cognitive forces that activate behavior. The term “motivation” is frequently used to describe why a person does something. It is the driving force behind human actions. Different types of motivation are described as being either extrinsic or intrinsic: Extrinsic motivations emanate from the environment of the individual and often involve rewards such as trophies, money, social recognition, or praise. Intrinsic motivations, such as mastering a complicated crossword puzzle purely for the personal gratification of solving a problem, arise from within the individual. There are many theories as to how motivation manifests itself: According to the instinct theories of motivation, people are motivated to behave in certain ways because they are evolutionarily programmed to do so. According to the drive theory of motivation, people are motivated to take certain actions in order to reduce the internal tension that is caused by unmet needs. This theory is useful in explaining behavior that has a strong biological or physiological component, such as hunger or thirst. The expectancy theory of motivation suggests that thinking about the future, we formulate different expectations about what we think will happen. This leads people to feel more motivated to pursue those likely outcomes. Humanistic theories of motivation are based on the idea that people have strong cognitive reasons to perform various actions. This is famously illustrated in Abraham Maslow’s hierarchy of needs, which suggests that people are motivated to fulfil basic needs before moving on to other, more advanced needs. For example, people are first motivated to fulfil basic biological needs for food and shelter, then to progress through higher needs like safety, love, and esteem. Once these needs have been satisfied, self-realization becomes the primary motivator for achieving the highest level of human fulfilment.

In contrast to Maslow’s hierarchy of needs, one can apply an intelligence-focused view, where wisdom represents the highest level of human fulfillment as illustrated by the DIKW (data, information, knowledge, wisdom) hierarchy: 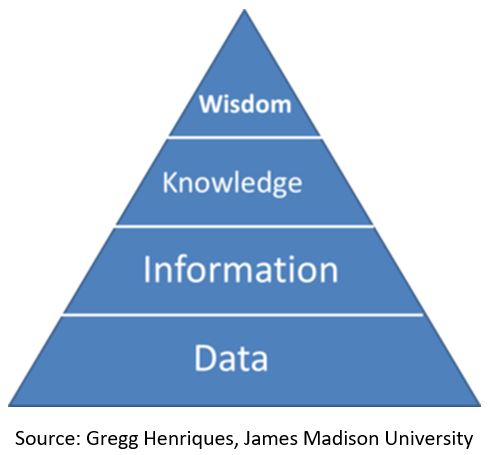 The DIKW model also implicates that wisdom represents the highest level of intelligence, while AI could be applied for extracting knowledge from data and information at the lower levels. As AI-research is progressing the question looms if wisdom can be represented by AI. Intelligence seeks knowledge and seeks to eliminate ambiguity.  Wisdom, on the other hand, resists automatic thinking, seeks to understand ambiguity better and grasps a deeper meaning of what is known but also comprehends the limits of knowledge. In her 2016 book ‘Journey from Intelligence to Wisdom’ Monika Ardelt, Professor at the University of Florida, defines a 3-dimensional model of wisdom: cognitive, reflective, and affective. The cognitive dimension includes the desire to deeply know and understand things, including the limits of our knowing. The reflective dimension represents the capacity for self-reflection and the capacity to see things from many different perspectives.  The affective dimension of wisdom implies empathy and compassion.  Hence, a wise person is one who desires to deeply understand things, who is humble and aware of the limitations of knowing, who can see things from many perspectives and radiates compassion.

Motivation as a Psychological Process

According to a recently published paper What is Motivation? A Psychologist Explains. – PositivePsychology.com ,the essence of motivation is energized and persistent goal-directed behavior. When we are motivated, we move and act. Motivation is influenced by the satisfaction of needs that are either necessary for sustaining life or essential for wellbeing and growth. Physiological needs for food, water and sex motivate the organism to maintain life and also provide satisfaction from doing so. Psychological needs for autonomy, mastery and belonging direct our behavior in much the same way, as do the needs for achievement, power, closure, meaning and self-esteem. Our motives express themselves through behavior, engagement, brain activations and self-reflection. In his 2015 book ‘Understanding Motivation and Emotion’ Johnmarshall Reeve, Professor at the Australian Catholic University, presents a thought-model that  illustrates the framework for how psychologists study the cause and process of motivation:

In psychology, an activity is characterized as intrinsically motivated when there is no apparent reward except the activity itself. People seek and engage in such activities for their own sake and not because they lead to extrinsic rewards. In such cases, the person seems to derive enjoyment directly from the practice of the activity. Following this definition, children’s playful or explorative activities can be characterized as being intrinsically motivated. Adult behaviors such as puzzle-solving, painting or gardening are intrinsic as well. In an organizational context, extrinsically motivated  behavior is linked to rewards such as trophies, money, social recognition or praise. Individuals that are intrinsically motivated performing specific extrinsic tasks are likely to fit corporate expectations for future management positions, strongly identifying with its corporate culture and business model.

According to a 2020 publication by Professor Dilip V. Jeste et. al.  IPG-2000092 993..1001 (cambridge.org) , wisdom has been discussed in religious and philosophical texts for centuries. Scientific study of wisdom began in the 1970s. Since then, empirical research on wisdom, long considered the “pinnacle of human condition,” has been growing rapidly. Wisdom is a personality trait, i.e., a relatively stable characteristic pattern of a person’s thinking, feeling, and behavior. Many wisdom researchers consider high intelligence as the defining characteristic of human wisdom that includes components such as:

Wisdom may be partly inherited and partly influenced by cultural and other environmental factors. The fact that a person’s behavior is only partly determined by social and other contexts does not negate its being a trait. Although intelligence is largely inherited (about 50% according to many researcher publications), intelligent people may perform poorly when under duress or in different social contexts. Emotional and behavioral aspects of wisdom are as important as the cognitive ones. Wisdom is thought to be adaptive, and unlike intelligence, it can increase with age and personal experiences until the 80s. Hence, enhancing AI with AW will open new conceptual models for reaching human-level AI.

AW-development will require close collaboration among computer scientists and engineers, neuroscientists, mental health experts, and ethicists to ensure that AW is developed in a way that best complements and supports human lives. Doing so, three principles should be applied:

These design principles are in line with the ongoing paradigm-shift in AI-research, moving from a deterministic massive data-driven, pattern-recognition model to a human-learning model, similar to children’s capacity for learning with largely reduced datasets. Along this path, AW-systems might resolve difficulties where efforts to reach Artificial General Intelligence (AGI) have so far failed in reaching human-level AI.

Intelligence is necessary but not sufficient for reaching wisdom. Intelligence is needed for the survival of Homo sapiens, but wisdom is critical for thriving in our society with its rapidly growing complexity and the permanent requirement to adapt. We need wisdom to comprehend the ‘big’ picture of a changing society without getting stuck in present-day details. Wisdom is potentially modifiable and may increase with age and experience in contrast to the decreasing value of existing knowledge. Future AI will require new conceptual and computational models based on human wisdom beyond human intelligence. Long-term transdisciplinary collaboration is essential for the development of AW and its positive impact on human well-being, surpassing any technology developed to date. Most importantly, AI and AW need to be demystified to relativize the many destructive ‘machine vs. human’ science fiction scenarios. AI and AW provide engineering-tools to improve our lives and it is up to us humans to prevent misuse or societal disaster. Putting AI in a god-like context makes no sense either. Let’s keep spirituality among humans.