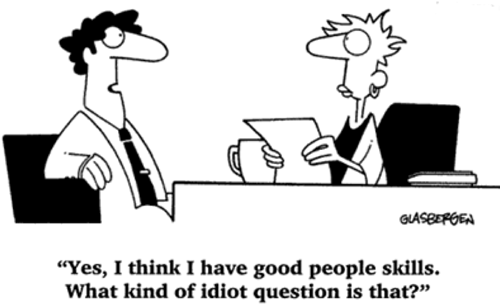 The term ‘Emotional Intelligence’ (EQ) was initially coined in 1990 in a research paper written by the two psychology professors John Mayer and Peter Salovay. The term achieved general popularity with Daniel Golemans book titled ‘Emotional Intelligence’, a bestseller published in 30 languages with over 5 million copies sold since 1995. Coleman, also a psychologist and professor expanded his view of EQ beyond the work of Mayer/Salovay which was focused solely on emotions.  There are ongoing debates about the academic correct definition; however Golemans view was quickly adopted by the leadership community. His article ‘What makes a Leader’ published in 1998 by the Harvard Business Review set a landmark in leadership theory.

The article introduces five components of emotional intelligence which, according to Goleman represent the most important assets a successful leader must have:

Many researchers agree that the EQ can increase or be developed with age and experience. In 2009  a team of researchers led by UC Berkeley psychologist Robert Levenson was tracking how our emotional strategies and responses change as we age. Their findings – published in peer-review journals – support the theory that emotional intelligence can actually sharpen as we enter our 60s, giving older people an advantage in the workplace and in personal relationships.

Cognitive intelligence however, tends to level off around the age of 30 to 40. It defines the ability to plan, to reason and use logical deduction solving problems but also the capability to apply abstract thinking. The memory capacity of the brain and its speed to process cognitive tasks declines as people age.

To counter this cognitive decline companies like Lumosity, Cognifit and others have developed ‘brain jogging’ games as an internet service. Lumosity, by far the largest, has acquired over 70 Million customers over 10 years. This massive growth supported by heavy TV advertising campaigns came to an abrupt halt in January 2016 when the company agreed to settle Federal Trade Commission charges alleging that they deceived consumers with unfounded claims that Lumosity games can help users perform better at work and in school, and reduce or delay cognitive impairment associated with age and other serious health conditions. However these exaggerated claims do not imply that brain-training is a no-go issue.

According to a study published by Harvard Medical School on September 1, 2016, mechanisms have been identified that can make memories stronger and more precise during aging. Buried deep underneath the folds of the cerebral cortex, neural stem cells in the hippocampus continue to generate new neurons, inciting a struggle between new and old as the new attempts to gain a foothold in memory-forming center of the brain. Researchers have found they can bias competition in favor of newly generated neurons. Results may have implications for PTSD, MCI, and age-related memory loss.

For their work regarding the so-called plasticity of the brain and  the discovery of mechanisms that allow experience and neural activity to remodel brain function the US researchers  Eve Marder, Michael Merzenich and Carla Shatz received the prestigious Kavli Prize in Neuroscience in 2016.

Their work has revealed that brain circuits are “sculpted” from long before birth through adulthood. They have also helped explain how the brain achieves such a fine balance – between the adaptability that allows us to learn and to heal and the stability that maintains our abilities and memories for a lifetime. Consequently brain-training will continue to be a lifetime issue and we can expect more methods and tools as research in this field progresses.

In a corporate business context, as Singularity is coming closer, we can expect that Artificial Intelligence Machines (AIMs) will take over many of the cognitive intelligence tasks that are currently handled by humans.

This development will not just be exclusive to leaders but will affect a large part of the employees as well. As standard white-collar business processes are replaced by AIMs, new products and services will be designed by project-teams capable of solving very complex problems. The individual members of these teams might well be freelancers with an outstanding track-record of both cognitive as well as emotional intelligence. In the US over 30% of all white-collar workers are already freelancers and the percentage is growing.

Individuals beyond 50+ have an excellent opportunity to remain part of the economic process as opposed to being retired by the age of 60+ with possibly no valuable contribution to our society. This potential shift in the value contribution of our aging society might be one way to avoid the problems our retirement funds face as the segment of people beyond 65 will represent more than 50% of the entire population by 2045 (Source: Swiss government statistics 2015). As the requirement for life-long-learning is something we have to accept to stay productive, the question arises how emotional intelligence can be taught and trained. There are a number of EQ assessment tools available to test an individual’s level of emotional intelligence comparable to the IQ tests that test cognitive capabilities.

The Center for Emotional Intelligence at Yale University for example, is engaged in pioneering research to develop and implement effective approaches and tools for teaching emotional intelligence. By developing each individual’s emotional intelligence the organizations they work with are transformed making the individuals happier, healthier, more compassionate and significantly more effective in dealing with the consequences of Singularity.

From a corporate perspective we can expect that leadership will expand from a transactional and visionary model to a coaching model where leaders will also act as coach to their teams.