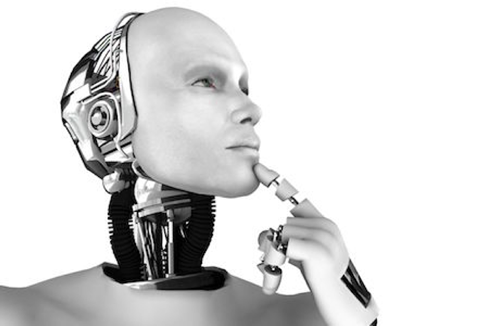 On November 7, 2016 the UBS International Center of Economics in Society conducted its 5th Forum for Economic Dialogue titled ‘The Rise of the Machines’. Over 500 people attended this years’ forum at the Kaufleuten in Zurich.

The UBS International Center of Economics in Society is an Associated Institute at the Department of Economics of the University of Zurich. It was established in 2012, enabled by a founding donation by UBS, which the bank made on the occasion of its 150th anniversary. In view of the very generous donation, the university named the UBS Center after its benefactor.

The Center serves two main aims: the first of which is to finance world-class research in economics on all levels, to be conducted at the University’s Department of Economics. The Center’s second aim is to serve as a platform for dialogue between academia, business, politics, and the broader public, fostering continuous knowledge transfer in the process.

An omnipresent internet, industrial robots, self-driving cars, augmented reality glasses, big data, artificial intelligence; chances are that we are currently undergoing the most fundamental wave of technological change mankind has witnessed – ever.

With this scenario this year’s Forum featured economists, entrepreneurs, philosophers, and technology experts from around the world who discussed whether, and if so how, the current wave of technological change will revolutionize the way our economy operates and how human beings participate in it.

The event started with a keynote lecture by Jeremy Rifkin and concluded with the Zurich Lecture of Economics in Society delivered by Prof. David Autor (MIT). Both are highly regarded as economists and advisors to government authorities across the globe.

In his keynote Jeremy Rifkin pointed out that the trend towards total networked decentralization und democratization will eventually lead to a near-zero margin economy with high volume services disrupting the current centralized business models. He cited the example of Napster which based on its peer-to-peer concept revolutionized the music industry. It went online in 1999 and counted 80 Million users by 2001 shortly before it was closed by legal conflicts. In 2003 it restarted its service with a new business model in cooperation with the music industry.

In the move from the centralized 2nd industrial revolution economy to the decentralized networked 3rd industrial economy many companies will face the problem of what he calls ‘stranded assets’. As an example he cited the energy sector with assets that will have little value in the future as climate issues will force us to move towards local community concepts applying solar and wind technology to produce ‘clean’ energy.

According to Jeremy Rifkin by 2030 everybody will have access to what he calls ‘The Global Brain’ providing intelligence to everybody. This will also result in a shift in the sense of one’s individual identity and its impact on consciousness and self-awareness.

Regarding the issue of rising unemployment due to machine intelligence Jeremy Rifkin pointed out that the rebuilding of our infrastructure from 2nd level centralized industrial revolution concepts to the decentralized 3rd level industrial concepts will require massive labor engagement over many years to come. Consequently he sees no massive unemployment as a result of intelligent machine automation.

In the panel discussion ‘The Rise of the Machines – Revolution or Evolution?’, Prof. Roland Siegwart, pointed out that machine learning will not solve all problems, In his view we need models that map reality and it’s up to humans to ask the questions as artificial intelligent machines cannot ask questions. Humans are biological systems; in contrast machines have no consciousness. Robots, besides being artificially intelligent have to overcome mechanical and sensory challenges. After years of research we are still far away to duplicate the sensory and dynamic process to fully replicate the action of a human hand when lifting a glass filled with water.

Dr. Alessanro Curioni described the evolutionary process IBM’s WATSON Platform has gone through since its launch 10 years ago. He points out that the platform produces suggestions based on questions posed by humans but the final assessment still requires human interpretation.

In the panel discussion ‘Policies for the Machine Age’, Prof. Nick Bostrom pointed out that we have to take a short term, long term and deep future look to discuss policies. He suggested that we differentiate between the control problem and the governance problem to discuss the impact of artificial intelligence.

Prof. Jeremy Greenwood made the point that a lot of people are negatively affected as a consequence of technological change. In his view taxation is stifling innovation while political lobbying can make a big difference to get government support for certain projects.

John Martin pointed out that digital skills are very much needed but older people show resistance to being retrained. During the discussion Prof. Ernst Fehr made the point that young people age 0 to 18 need to be prepared for lifelong learning and retraining. This encompasses cognitive, digital as well as social skills.

In the panel discussion ‘The Rise of the Machines- Boone or Bane for Workers?’, John Markoff made the point that Intelligent machines have created new categories of jobs such as search engine optimization for example. Moreover the so-called GIG economy has created a world of consumers delighting in apps for a cheap taxi or delivering groceries to their door. But it has also created a world of disempowered workers who have to labor in this on-demand world in which a working week is no more than a series of “gigs” contracted out by the online dispensers of on-demand work. A GIG economy is an environment in which temporary positions are common and organizations contract with independent workers for short-term engagements. As a side-note: A study by Intuit predicts that by 2020, 40 percent of American workers will be independent contractors.

Prof. Saskia Sassen made the point that the CEO of Uber has accumulated a huge fortune taking advantage of the GIG economy ‘extracting’ this wealth from people that operate at a minimum income level.

In his Zurich lecture of Economics in Society Prof. David Autor provided a thorough analysis of the development of the labor market since the mechanization of farming and its associated massive reduction of farm labor. The U.S. education programs that were implemented to retrain children of farmers to become part of an industrial workforce were in his view highly effective in preventing massive unemployment.

In respect to the effects of machine-automation he pointed out that the introduction of cash vending machines (bankomat) in the U.S. has had almost no effect on the number of bank tellers employed because as a result of automation, banks opened up new branch offices to extend their reach for person-to-person communication with customers.

Another effect of increased productivity due to machine automation is the steady increase of leisure time through the reduction in working hours. In his view this trend will continue thereby raising the importance of our social identity.

One major challenge we face according to Prof. David Autor is to deal with the shrinking portion of medium skill jobs due to the technological change.  Between 1979 the distribution of jobs has changed as follows:

He is positive that the U.S. and other industrialized countries will be able to handle the consequences of digital machine automation on employment. In respect to the impact in underdeveloped nations he sees far more problems ahead.