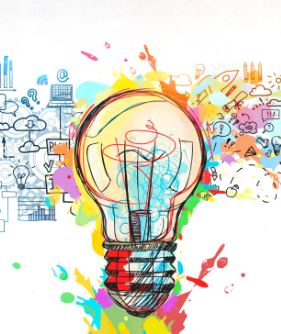 The term ‘art’ encompasses a diverse range of human attributes which includes creative talent, technical proficiency, emotional power or conceptual thinking. Until the 17th century, art referred to any skill or mastery and did not differentiate between crafts or sciences. Today the differentiation between non-motivated and motivated concepts of art is a commonly accepted approach to art. The non-motivated concepts are those that are integral to being human, transcend the individual but do not fulfil a specific external purpose. In this sense, art is a synonym for creativity beyond utility, fostering the experience of the mysterious and the expression of the imagination. Motivated aims of art refer to intentional, conscious actions on the part of the artists or creator. These may be used to bring about political change, to comment on an aspect of society, to convey a specific emotion or simply as a form of communication. Using Artificial Intelligence (AI) for generating art, therefore, raises interesting practical and theoretical questions. Will the generated art touch our emotions or are we just exposed to black boxes providing computational outputs based on accumulated data with machine generated values? Fuelled by continuing advances in computational neuroscience and AI research, the debate comparing machine creativity with human creativity is likely to accelerate.

Although there are many more forms of art, literature and music are especially well suited to discuss the application of AI as both can be digitally produced and distributed (Books, CDs, Video-Streaming). The following presents a brief summary:

Literature is the art-form of language and words are its tools. As a painter uses paint, as a musician uses musical instruments, as a sculptor uses stone-and-chisel, so a writer uses words. Words have definite meanings, and it is a fact that it is impossible to write clearly unless one knows the meanings of the words one is using. Language evolves as the composition of words develops nuances and different connotations with associations and new meanings. This natural process does not negate objectivity, but just the opposite: the evolutionary process of language is gradual, so that at any given point, the words one is using do possess a definite meaning. Words are abstractions and abstractions are the human method of grasping things in nature and a way of defining reality.

Music is the art-form of sounds, combining vocal or instrumental sounds for beauty or emotional expression, usually according to cultural standards of rhythm, melody, and harmony. Both the simple folk song and the complex electronic composition or a symphony  belong to the art-form of sounds. Throughout history, music has been an important adjunct to rituals  and has been credited with the capacity to influence human emotions. Ancient Greek and Indian philosophers defined music in two parts: melodies, as tones ordered horizontally, and harmonies as tones ordered vertically. Common sayings such as “this is music to my ears” implicate that music is pleasant to listen to and certain tunes are memorized based on the individual’s emotional response. In contrast, 20th-century composer John Cage thought that any sound can be music, proclaiming that “There is no noise, only sound.”

The Limits of AI for Composing Language

The development of new language applications represents one of the most important topics of present AI-research.  Machine learning algorithms and Natural Language Processing (NLP) to process, “understand”, and respond to human language – both written and spoken – are used to bring new products and services to the market. NLP is a powerful tool with huge benefits, for example to create summaries, but there are still a number of limitations and problems which necessitate the need for editing also indicative of the limits of AI-technology:

Difference in meaning: The same words and phrases can have different meanings according to the context of a sentence and many words – especially in English – have exactly the  same pronunciation but totally different meanings. Synonyms: Because we use many different words to express the same idea, synonyms can lead to problems of contextual understanding because we use many different words to express the same idea. Furthermore, some of these words may convey exactly the same meaning, while some may address levels of complexity as different people use synonyms to denote slightly different meanings within their own personal vocabulary.  Ambiguity: Sentences and phrases that potentially have two or more possible interpretations can be the cause of ambiguity. For example: I saw the boy on the  beach with my binoculars. This could mean that I saw a boy through my binoculars, or the boy had my binoculars with him. This creates a confusion of meaning. The phrase with my binoculars could refer to the verb, “saw,” or the noun, “boy.” Even for humans this sentence alone is difficult to interpret without the context of the surrounding text.

The limits of AI for Composing Music

Music might be the most emotional of all art forms, but it is also deeply connected to mathematics, to the physics of sound production, and to the craftmanship of instrument makers. This means that from the very beginning, the history of music is also the history of the instruments, tools, and devices needed to perform, record and reproduce it. Last year’s project of creating Beethoven’s unfinished 10th symphony with the support of AI, produced an enormous media response. When the composer died in 1827, only a few handwritten sketches  and incomplete fragments for the creation of his tenth symphony existed. To mark the 250th anniversary of his birth, German Telekom put together a team of experts with the request to finish Beethoven’s tenth. Musicologists, composers and computer scientists attempted to analyse and learn Beethoven’s style in such a way that they could complete his unfinished symphony with the support of AI. To ‘teach’ the computer, symphonies, piano sonatas and string quartets composed by Beethoven were fed into the program that ‘trained’ the AI-system to compose a Beethoven-like symphony. The results that matched best Beethoven’s style were fed back into the system as new notes and scripts were added. “We wanted to test the state-of-the-art in generating music” said Ahmed Elgammal, director of the Art & Artificial Intelligence Laboratory at Rutgers University. Using Beethoven’s completed symphonies as a template, the team of experts attempted to piece together the puzzle as to where the fragments of notes should go. Finally, once a full composition existed , the AI had to figure out how to orchestrate it, assigning different instruments for different parts of the composition. After 18 months of intense collaboration, the tenth symphony was finally ready for public performance with the following example distributed as an introduction:

The response from music critics was rather mixed. One of the most outspoken critics, Norman Lebrecht, a British commentator on music and cultural affairs wrote “The attempt to manufacture a tenth Beethoven symphony by means of AI has proved about as intelligent as cloning Albert Einstein out of paper from his wastebasket. It welds fragments of a discarded project onto bits of other symphonies in a manner so uninspiring that it reduces Beethoven to the level of a Hummel.”

Beethoven: Masterpieces of Art transcend the Utility of AI as a Tool

In his popular biography ‘Beethoven, the Universal Composer, Pulitzer Prize-winning author Edmund Morris argues that Beethoven’s universality is due to his ability “to embrace the whole range of human emotion, from dread of death to love of life—and to the metaphysics beyond”. Instead of writing to satisfy the pleasure of an individual patron, he wrote for humanity at large and thus was able to give his music a wide expressive scope. From Beethoven onward, the audience for music would be broader and musical composition would be defined by the individual’s creative personality. Beethoven’s rise to fame also coincided with a secularizing trend in music, due to the values acquired by the age of Enlightenment and the loss of church patronage that had sustained composers for centuries. For all these reasons Beethoven is considered to be one of  the most universal composers of the past two centuries. That the Fifth Symphony became a symbol of the Allies during World War II and that, decades later, the Ninth Symphony with its choral Ode to Joy was performed as the Berlin Wall fell, is a testimony to the composer’s strong public presence. His symphonies, without exception, are ordered toward hope and transcendence, a pattern that is closely related to the strong pull of tonality in his music. Tension is succeeded by resolution, upheaval by victory, darkness by light—like the burst of exultant C major in the finale of the Fifth. Despite all his own suffering, Beethoven does not give way to despair; his music affirms the value of life and the design and purpose inherent in the universe. What should be remembered is the enormous mental and physical effort that marks his drive towards perfection, as well documented by the following video:

Applying today’s AI-technology provides a tool to compose art. It helps to imitate but it lacks the capacity for emotional creativity. The fact that mathematics represents an intrinsic part of music and AI as well, suggests that the integration of natural sciences and the humanities implicates a new form of AI which might overcome the limitations Artificial General Intelligence (AGI) is currently struggling with. Some bold new research efforts are required to implement meaning or causation with an AI-model, capable of simulating human cognition and behaviour with creativity as its main driver.