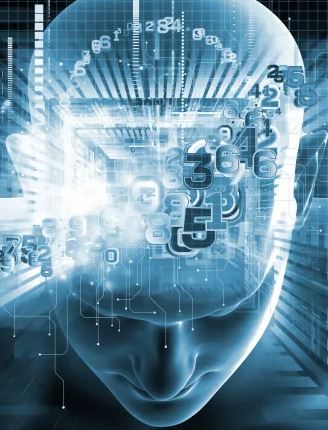 The mind can be defined as one’s capacity to be aware of the world, and to experience and feel with the faculty of consciousness and thought. Technological metaphors have often been used to explain the mind. John Locke described an infant’s mind as a blank slate and Freud compared the mind to hydraulic and electro-magnetic systems. Today’s favourite metaphor defines the mind as a computer. We tend to think that perceptual experiences tell us what the external world is all about, without being influenced by our own mind. However, recent empirical research indicates that this is not true. Our beliefs, expectations and other mental states can causally influence what we experience.

The mind is about mental processes, thought and consciousness. The body is about the physical aspects of the brain-neurons and how the brain is structured. Is the mind part of the body or the body part of the mind? If they are distinct, then how do they interact and which of the two is in charge? Human beings are physical objects. They have weight, solidity and consist of a variety of solids, liquids and gases. However, unlike other material objects, humans can also  form judgments and reason regarding their existence. In short they have ‘minds’. Also referred to as ‘Dualism’ this view states that the mind and body both exist as separate entities. 17th century philosopher René Descartes argued that the mind interacts with the body at the pineal gland. This form of dualism or duality proposes that the mind controls the body, but that the body can also influence the otherwise rational mind, such as when individuals act out of passion. Some biologists argue that the mind does not exist because there is no physical structure called the mind and that the brain will ultimately be found to be the mind. In their view the brain with its structures, cells and neural connections identifies the mind. They use the computer analogy of Artificial Intelligence (AI), arguing that the brain can be compared to a computer that is ‘wired’ or connected to the human body. The mind is therefore like software, allowing a variety of different software programs to run on the computer. This could account for the different reactions people have to the same stimulus. This idea also ties in with cognitive thinking processes such as planning, knowledge generation or decision-making. Hence, computer analogies may provide a new version of dualism replacing Descartes’s ‘I think therefore I am’, with ‘I compute therefore I know’.

In 1950, Alan Turing, a British mathematician who laid the groundwork for computing, introduced what he called the ‘Imitation Game.’ Two entities, one a person and one a digital computer, are asked questions by a third entity, defined as human interrogator. The interrogator cannot  see the other two and must figure out simply from their type-written answers which of the two is human and which is a digital computer. In an article ‘The new Turing test: Are you human?’ published by ZDNET, Tiernan Ray makes the point that the average individual ascribes intelligence to AI, because more and more time is spent engaging in online tasks that a machine can easily emulate. Most AI-machines can replicate social media behavior flawlessly – not because programs such as OpenAI’s GPT-3 language program are human-like – but because the low bar to interacting on social media has redefined to what we might accept as ‘human’ behavior. All these changes of behavior might also be interpreted as  AI’s Copernican Shift. In the 15th century, Polish scientist Nicolaus Copernicus inverted the commonly held view of the galaxy, concluding that the sun did not revolve around the earth, but the other way around. Likewise, until the last decade or so, every presumption of machine- intelligence involved machines inserting themselves into our world, becoming anthropoid and succeeding in navigating emotions and desires, as documented in Steven Spielberg’s movie “A.I.”. In a clever inversion of the Turing Test, a recently announced Google AI-program flips the role of interrogator and subject. Seen through the lens of Turing’s original scenario, it is a reversal of role playing. Humans no longer put a machine in a room to test it. Instead, they subject themselves to the rules of play of an AI-machine. Working in a cooperative fashion with the machine to learn how humans speak, the human receives direction as to how he/she ought to speak. Consequently, we are waiting for the AI-machine to hand down its terms for what it considers to be intelligent, with all the ramifications we are exposed to in today’s knowledge society.

According to a 2017 article in Psychology’s Grand Unified Theory | Psychology Today, psychology was born as a science during the Enlightenment with two different metaphysical systems dealing with human consciousness. One was the Christian worldview which did not blend well with scientific frameworks regarding cause and effect. The second framework was a Newtonian matter-in-motion view, with the idea that the only thing that is real is matter in motion. However, Newton himself realized that his matter-in-motion concept would not provide the right metaphysical framework to reflect on psychology. Since then, there have been many attempts to correct Newton’s framework, for example; 1) a shift from a matter view to an energy view of the universe, where energy is as fundamental to the essence of the universe as matter is; 2) a recognition that many fundamental processes are random and are not pre-determined by lawful cause-effect relations; 3) a rise of information technology and ongoing advancements in hardware and software. However, to understand human behaviour we need a new approach. The Grand Unified Theory (GUT) of psychology argues that there is still a very important piece missing with regards to the problem of emergence of complex behaviors. Not only do properties emerge as a function of increasingly complex entities, but there are fundamentally new causal processes that emerge as a function of novel systems of information-processing. The GUT introduces a new concept of emergent evolution with a framework called the ‘Tree of Knowledge System (ToK)’. Specifically, it argues that novel systems of information have given rise to new dimensions of complexity that are self-organized. We regard Life as an emergent dimension of complexity that arises out of genetic information processing. The DNA molecular structure was crucial to understanding how chemical building blocks could function in this way, but one cannot reduce Life to the behavior of chemicals. The new GUT argues the same logic holds for the Mind. Mind is an emergent dimension of behavior that evolves out of organisms (Life). Just as RNA/DNA provided the computational control center for cellular organization, the nervous system and brain provides the computational control center for behavior.

According to a 2021 article A Neuroscientist Explains The Difference Between The Mind & Brain | mindbodygreen, for many individuals, the mind and the brain are interchangeable. However, the mind and brain are two very different but interconnected entities. The mind works through the brain but is separated from the brain. The mind uses the brain, and the brain responds to the mind. The mind also changes the brain. People choose their actions; their brains do not force them to do anything. However, experience cannot be reduced to the brain’s actions alone. The mind is energy, and it generates energy through thinking, feeling and choosing. It is our aliveness without which the physical brain and body would be useless. This building of thoughts creates structural changes in the brain, also defined as neuroplasticity. According to this view, the brain is responding to the person’s stream-of-consciousness and nonconscious activity while the mind is a stream of conscious activity when we are awake, and a stream of nonconscious activity when we are asleep. Hence, the mind is characterized by a triad of thinking, feeling and choosing. When you think you will feel, and when you think and feel, you will choose. These three elements always work together as the brain is an extremely complex neuroplastic responder. This means that each time the brain is stimulated by one’s mind, it responds in various ways which includes neurochemical, genetic and electromagnetic responses. This in turn changes the structures of the brain, building or wiring new neural thoughts. Hence, the brain changes with every experience you have, every moment of every day. In contrast, your mind is how you, as a unique individual, experience life. It is responsible for how you think, feel, and choose. Your physical brain merely responds to these unique experiences.

If we consider the ‘embodied-mind’ debate, we can conclude that the mind of today’s AI is very different from ours. Moreover, we should accept that today’s  machine-learning technology is not designed  to replicate the human mind. This gap will not be bridged by scaling neural network architectures and throwing more data and compute power at them. To attribute the wrong kind of mind to AI-systems that genuinely possess some sort of cognitive capacity might produce wrong conclusions. Hence, we had better get to know them before we make the wrong decisions.