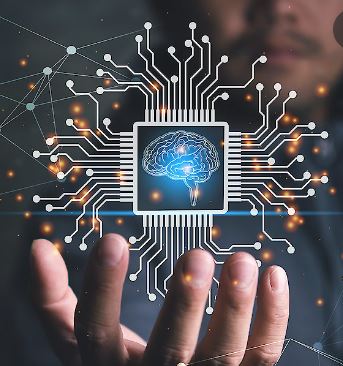 Philosophy and science have traditionally separated intelligence from perception, vision being seen as a passive window to the world and intelligence as active problem-solving. That perception, especially vision, requires intelligent problem-solving based on knowledge defines a rather new concept of human behaviour. Errors of perception can be due to knowledge being inappropriate or being misapplied in the form of illusions. Although our sensations feel accurate and truthful, they do not necessarily reproduce the physical reality of the outside world. Many experiences in daily life reflect the physical stimuli that send signals to the brain. But the same neural processes that interpret inputs from our eyes, ears and other sensory organs are also responsible for our dreams, delusions and failings of memory.

Decision-making occurs as a reaction to a problem as a discrepancy exists between the current state of affairs and some desired state. Every decision requires interpretation and evaluation of information which can be supported by several decision-making models, for example by the following: Rational approach, whereby  decisions are made rationally and are directed toward a single and stable goal. This method is applied under static conditions in which the decision maker has full information relating to the problem and also knows all the alternative solutions available; Behavioral approach, based on the concept of bounded rationality whereby managers are bound by their limited mental capacity and emotions as well as by environmental factors over which they have no control. Based on this hypothesis, managers are unable to make perfectly rational decisions; Retrospective approach, whereby the manager first chooses an alternative solution to the problem and highlights its strength and compares it with other alternatives. This is done with the idea that the alternative eventually selected provides the best solution to the given problem.

The mental experience of perceiving is filtered by our senses before our biological neurons and its associated synaptic connections within the brain react. This so-called process of ‘embodiment’ is a main differentiator between humans and intelligent machines. The senses that lead to perception are generally classified as follows:

Vision is our primary sense of perception. Photosensitive cells capture information about the intensity, colour and position of incoming light. Experiments show that neuron activation occurs within 5–20 milliseconds.

Hearing is the ability to perceive sound by detecting vibrations. The auditory system includes the outer ears, which collect and filter sound waves, the middle ear, which transforms the sound pressure and the inner ear, which produces neural signals as response to the sound.

Touch is the process of recognizing objects. It involves a combination of somatosensory perception of patterns by the skin surface and the recognition of hand movements. Individuals can rapidly and accurately identify three-dimensional objects by touch with no other sensory input.

Taste is the ability to perceive the flavour of substances. Sensory organs concentrated on the upper surface of the tongue, called ‘taste buds’, generate the neural perception of taste. Traditionally, there have been four primary tastes: sweetness, bitterness, sourness and saltiness.

Smell is the process of absorbing molecules through the nose. These molecules are absorbed by thousands of sensory neurons and then projected to synaptic receptors for further analysis. Smell is considered to be the first indicator of danger driving the most basic element of human survival skills.

New computational concepts such as ‘Wetware’: a New Approach to AI-Computing? › SINGULARITY 2030 ,utilizing living cells, introduce entirely new concepts for intelligent machines experiencing the biological equivalent to the perception of senses by humans.

An illusion is a distortion of the senses and an indicator as to how the mind normally organizes and interprets sensory stimulation. Illusions distort our perception of reality, and that may occur with any of the human senses. However, visual illusions are the best-known and understood cause for distortions. Some illusions are based on general assumptions the brain makes during perception. These assumptions are based on organizational principles (e.g., Gestalt theory), which define an individual’s capacity for depth perception, motion perception and perceptual constancy. Visual illusion or an optical illusion is characterized by visually perceived images that are deceptive or misleading. The visual system builds a model of the environment inside our brain based on what it samples from the surrounding environment. However, sometimes it tries to organize this information ‘as it thinks best’ while at other times it fills in the gaps of uncertainty, possibly stimulating illusionary experiences. Auditory illusion is an illusion of hearing and the equivalent of a visual illusion. The listener hears sounds which are not mentally catalogued as part of perceived sound experiences, or they are just ‘impossible’ sounds. Tactile illusion includes the ambiguous image in which a rabbit or a duck can be seen, first published by a German Humour-Magazine in 1892. Another curious illusion occurs when the crossed index and middle fingers are run along the bridge of the nose with one finger on each side, resulting in the perception of two separate noses. Tactile illusions can also be elicited through haptic technology in order to create 3-D ‘Virtual Objects’ which can be used in the Metaverse, for example.

The Neuroscience View of Illusion

With its shared research approach, the Allan Institute of Neuroscience is coordinating a number of projects that address issues related to the subject of ‘Illusion’. One project, led by UC Berkeley neuroscientists Hyeyoung Shin and Hille Adesnik aims to uncover how neurons in the visual system react to optical illusions.  “A lot of sensory neuroscience focuses on how accurately the brain can represent information. But in that process, we kind of forget that perception is not supposed to be an accurate representation of sensory information. Rather, it is supposed to be an interpretation,” Shin said. “Illusions really bring out the dichotomy between what we expect and what the sensory information is giving us.” Normally, the visual sectors of the brain share expectations with actual sensory information to construct a representation of the world around us. Another project is exploring a general theory around brain energy conservation known as ‘predictive-coding’, which states that the brain reduces much of its activity in order to be ready for reacting to the unexpected. When everything in our environment is as expected, the brain stops paying attention. This not only helps the brain to conserve energy – the theory claims – it also helps us to focus on potentially dangerous or potentially rewarding new situations that could come out of the unexpected. One of the promising features of ‘predictive-coding’ is the ability to prepare for the future. The parameters of the predictions are changed in such a way as to minimize surprises in case the predictions are confronted with the same situation again.

Today, AI is empowering almost all industry segments. Data generation, cloud storage, affordable computing and commoditized algorithms represent the state-of-the-art in AI. Applying the rapidly growing library of AI-tools enhances the human factor in human-machine systems and frees up the resources needed to build a mind-set of collaborative intelligence. The continuing rise of complexity, induced by the exponential growth in research and technology, can only be handled by individuals who are willing to share their expertise and experience in keeping their organization competitive vis-à-vis the demands of a continuously changing market. The application of tools is, and always will be, a resource for improving productivity. Yet, and most importantly so, data is not an end in itself, but a means to an end. When algorithms are self-learning, the data itself is the key asset. The answers in solving problems are hidden in data, hence, one has to apply AI to find the best answers. Based on deep neural networks with many hidden layers, today’s AI-models have the capacity to analyse and learn from ‘big data’. Years ago, building a fraud detection system with five hidden layers, for example, used to be impossible. All that has changed with a massive increase in computational power at lower cost combined with digital transformation generating huge amounts of data. Applying similar computational techniques, the best data will win. However, if the data is biased or of poor quality the opposite will happen. Moreover, Artificial General Intelligence (AGI) and its higher ambition to deal with causality and common sense remains an elusive goal, which by many is considered a hype.

Decision-Making today requires judgement as to what information can be trusted. This information might be distorted by illusions of neural processes, or it might be biased by bad data and associated AI-algorithms. The challenge humans face is to weigh one against the other in reaching the optimal decision vis-à-vis a growing spectrum of uncertainty and complexity. While decisions on simple tasks might best be handled by intelligent machines, higher-level decisions require a broad understanding of issues which are beyond the capacity of current AI-technologies. Hence, human judgement and sound assessment of technological progress are likely to remain the key to successful decision-making for a long time to come.