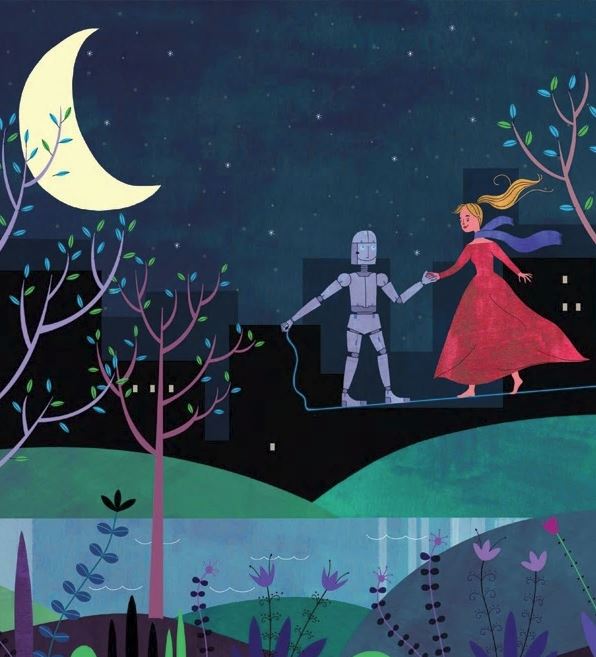 According to Wikipedia, creativity is a phenomenon whereby something new and somehow valuable is formed. The created item may be intangible (such as an idea, a scientific theory, a musical composition) or a physical object (such as a robot, a smartphone with face recognition or a painting). The potential relationship between creativity and intelligence has been of interest since the late 1900s, when a multitude of influential studies focused not only on creativity, but also on intelligence. Sternberg and O’Hara proposed a framework of possible relationships between creativity and intelligence such as: a) Creativity is a subset of Intelligence, b) Intelligence is a subset of Creativity and c) Creativity and Intelligence are overlapping constructs. Another well-known contribution to the issues of creativity was originally published in 1983 by Teresa Amabile, Professor at Harvard Business School. Articulating a ‘Componential theory of Creativity’, her work was designed to be comprehensively useful for both psychological and organizational creativity research. Two important assumptions underlie her theory. First, there is a continuum from low, ordinary levels of creativity found in everyday life to the highest levels of creativity found in historically significant inventions, performances, scientific discoveries and works of art. The second related underlying assumption is that there are degrees of creativity in the work of any single individual. The limitations of human rationality result in humans only exploring a very small number of subspaces within the space of all possible theories of creativity. Likewise, using Artificial Intelligence (AI) for generating theories of creativity raises interesting practical and theoretical questions. Will the generated theories be understandable to humans, or will they only be black boxes providing computational outputs based on accumulated data with machine generated values?

Where Creativity Comes From

In his book ‘Art of Thought’ published in 1926, Graham Wallas, co-founder of the London School of Economics, presented one of the first models of the creative process. In the Wallas stage model, creativity may be explained by a process consisting of 5 stages:

According to Joe Hendrich, evolutionary biologist of the University of British Columbia, history shows that inventions are built on earlier findings that are steadily recombined and improved upon. Rather than the product of individual innovators, these inventions can be thought of as the product of our societies. “Innovations rely on individuals learning from others—in that respect, human society functions like a collective brain,” he remarks. Increasing evidence from psychology and neuroscience experiments indicates that creativity requires a cognitive effort—in part, to overcome the distraction and ‘stickiness’ of prior knowledge. In the light of these findings, we can consider general creative thinking as a dynamic interplay between the brain’s memory and its mental control system. Without memory, our minds would be a blank slate—not conducive to creativity, which requires knowledge and expertise. But without mental control, we would not be able to push thinking in new directions and avoid getting stuck on what we already know. From this point-of-view, sociality may be the mother of invention as well as intelligence, enabling us to connect and share more ideas.

An Artists view on AI-supported Creativity

Mario Klingemann, a German artist who uses AI in his work, has quite radical views on creativity. “Humans are not original,” he says. “We only reinvent, make connections between things we have seen.” While humans can only build on what we have learned and what others have done before us, “machines can create from scratch”. Setting aside whether or not human creativity is limited and what precisely creativity is, artificial neural networks being developed today compute the rules as they go along, rather than being taught. AlphaGo, the AI that defeated the Korean Go grandmaster Lee Sedol, was fed thousands of games, but no rules. The machine worked out how to play Go entirely by itself. Klingemann is a pioneer of AI-Art. He loves the moments, he says, when the machine jumps the system and does something the human programmer didn’t expect it to do – such as when AlphaGo made the winning move no human player would ever have thought of making. The algorithm Klingemann uses to generate art is a modified version of a class of AIs called generative adversarial networks (GANs). An essential element is that they are able to assess their own work. A GAN consists of two neural networks. One (called the generator) generates a flow of images out of nothing while the other (called the judge), trained on specific images representing a desired style of painting, accepts or rejects them. In this way, the generator learns and creates better and better work from scratch. These GANs produce art based on the way we think and how we emotionally value art. We are not capable of teaching them what we do not know ourselves. But ultimately, as viewed by Klingemann, we may build machines that can go beyond us, that are intelligent enough to create art of their own, without human intervention. Machines may be able to dream up new realms of knowledge that we are simply incapable of producing. “I hope machines will have a rather different sort of creativity and open up different doors,” Klingemann says. Perhaps in the future, with their encyclopedic knowledge and lightning-fast processing powers, computers will begin first matching, then surpassing human creativity. Such leaps could have incalculable value for humankind, opening new cultural and scientific avenues for us to explore, creating new forms of visual art, literature and music, aiding medical research and suggesting ways of dealing with our failing climate and growing ecological crisis. Far from replacing us, they might enhance us, enabling humans and machines to work side by side at the highest levels of creativity.

A Philosophers view on AI-supported Creativity

There are some who find the notion of creative machines deeply troubling, even offensive. In a recent article in the MIT Technology Review, the Harvard philosopher Sean Dorrance Kelly argued that creativity is one of the defining features of human beings and can only exist within a human context. Advances in AI have led many to speculate that human beings will soon be replaced by machines in every domain, including that of creativity. However, human creative achievement, because of the way it is socially embedded, will not succumb to advances in AI. To say otherwise is to misunderstand both what human beings are and what our creativity amounts to. It is entirely possible that we will come to treat artificially intelligent machines as so vastly superior to us that we will naturally attribute creativity to them. Should that happen, it will not be because machines have outstripped us. It will happen because we will have downgraded ourselves. Futurist Ray Kurzweil’s claim that machines can reach human-level intelligence assumes that to have a human mind is just to have a human brain that follows some set of computational algorithms. But although algorithms can have moral implications, they themselves are not moral. We may be able to see a machine’s product as great, but if we know that the output is merely the result of some arbitrary act or algorithmic formalism, we cannot accept it as the expression of a vision for human good. Creativity is one of the defining features of human beings. The capacity for genuine creativity, the kind of creativity that updates our understanding of the nature of being, that changes the way we understand what it is to be beautiful or good or true—that capacity is at the heart of what it is to be human. However, this kind of creativity depends upon our valuing it and caring for it. Ceding social authority to machines would be treating the achievements of mathematics as if they required no human understanding at all. We would take one of our highest forms of creativity and intelligence and reducing it to a single bit of information: yes or no.

Fuelled by continuing advances in computational neuroscience and AI research, the debate comparing machine creativity with human creativity is likely to continue for quite some time. However, in respect to the practical implications of this debate, one also needs to consider the socioeconomic positioning of creativity. In the early 20th century, Harvard Professor Joseph Schumpeter introduced the economic theory of creative destruction, to describe the way in which old ways of doing things are endogenously destroyed and replaced by the new. Creativity plays a vital role in the recombination of elements to produce new technologies and products and, consequently, economic growth. The rise of Start-Ups and Spin-Offs is just one indicator of a paradigm shift that is driven by creativity and innovation.