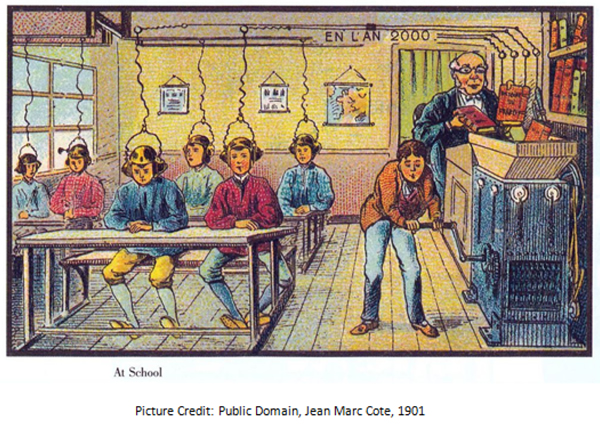 Learning and communicating are our existential tasks from the day we are born. Our interaction with other humans is the key to our social structures, values and beliefs. Our existence on this planet is bound by the laws of nature and supported by economic theory and technology. Our behavior, our feelings and our decisions are part of our personality. The functionality of the brain is essential  in supporting the human ecosystem.

The combination of Neuroscience  resolving   the biological mysteries of the brain with AI algorithms to simulate brain processes support  a vision that in the near future certain human brain functions can be replicated by brain-inspired systems to set the foundation of an intelligent organization.

Many mysteries regarding  the functioning of the human brain remain unresolved. The capacity of the human brain to integrate and analyze bodily sensor information at enormous speed and very low energy is unique. It makes no economic sense to replace it. As humans have invented machines to overcome our physical limitations of movement and strength in the past, these new species of brain-inspired systems will enhance an organization’s  capability to rapidly adjust to changing conditions similar to a ‘living’ organism. In short an intelligent organization created and controlled by humans will represent an eco-system with brain-inspired features to learn and communicate.

A thought-model about our brain’s  activities

A thought-model can be a highly simplified version of reality. Its pragmatic approach, despite all inaccuracies and shortcuts, may help us to get a better understanding  of the application and consequences of brain-inspired systems in intelligent organizations.

When we are born our brain capacity can be seen as an empty storage device  which is gradually filled with information during  the experience of growing up. The brain accumulates knowledge across all facets of life, partially guided and influenced by parental  and educational resources and the social environment we live in. This growing-up is enhanced by the capability to communicate, which also supports the ongoing learning and personality formation process . From day one, and possibly already in the embryonic state, our ‘mind’ is formed, a process which to many philosophers and neuroscientists remains an unresolved  mystery. The networked structure of the human brain with over 80 billion neurons and trillions of synapses has the capacity to continuously acquire and map the ‘input’ of bodily sensor  information to memory to update our ‘mind’ . By translating the ‘mind’ into ‘consciousness’ we are capable of generating ‘output’ which we can communicate as information, knowledge, intuition or emotion enhanced by our own creativity. Parts of our ‘mind’ might remain in a state of ‘sub-consciousness’  which can be unlocked by psychological intervention and support.

One of the values generated by the human brain’s activity is ‘intelligence’. There is no precise definition of intelligence but in today’s corporate environment it is one of the most valuable assets to handle cognitive tasks such as  planning, problem-solving , decision-making and communicating. Emotional intelligence is another complementary  value of brain-activity. Present day leadership with its enormous challenges to adapt and take risks in a rapidly changing market and managing high performance teams requires cognitive as well as emotional intelligence.

A  thought-model of brain inspired organizations

The thought model  of a brain-inspired organization is based on  scientific and technological knowledge where corresponding ‘ intelligence’ as a commodity is continuously ‘injected’ into the  organizational infrastructure. To create and manage an organization with its own artificial ‘mind’ is a new concept of entrepreneurism. It moves the organization from a static to a dynamically learning entity. To get there two support issues have to be resolved:

The knowledge concerning brain processes related to learning is still very much at the infancy of neuroscience research. While machine learning is based on artificial networks mimicking the human brain, it is way off from the reality of true brain related learning. This is one reason why Demis Hassabis, CEO of Google’s Deep Mind subsidiary has recently made a strong statement that AI experts should team-up with Neuroscientists to prevent a potential deadlock in the future of AI research. In analogy to the human’s brain processes to learn, external sensors or networks of sensors can be used to provide input for the organization’s  artificial ‘mind’. With IoT numerous sensors are becoming available that measure and record physical properties such as temperature, pressure, quality and throughput etc. Other sensors record visual or sound information similar to the sensory information the human brain processes when in learning mode. Combining IoT with AI and  Neuroscience sets the stage for a ‘learning’ organization with the ability to rapidly adapt to changing conditions and to avoid disruption threatening the existence of the organization.

There is no learning without language. Depending on philosophical perspectives regarding the definition of language and meaning, when used as a general concept, ‘language’ may refer to the cognitive ability to learn and communicate. Natural language processing  (NLP) is one of the hottest topics in machine learning today. Bidirectional loudspeakers such as Amazon’s  Echo-Alexa voice service, coupled with  a rapidly growing library of  ‘expert’ applications  seem to overcome the initial resistance to voice response systems as originally experienced by Apples Siri software. If the user can select the voice of the virtual person he/she is talking to and possibly choose various voices for different applications, research efforts show that humans are likely to engage in serious conversations with artificial agents. Given enough machine training and labeling the meaning of language coupled with linguistic algorithms, it is just a matter of time, possibly a few years, until humans can have serious conversations with brain-inspired devices as provided by bidirectional loudspeakers. Eventually NLP will pass the Turing Test, with the result that we  no longer can distinguish between chatting with a real human or an artificial agent.

There are research efforts on the way to make voice communication more efficient by interfacing the brain directly to external cloud storage. Voice communication compared to WLAN transmission speeds are very slow indeed. Consequently the idea of a much faster communication path from and to our brain is quite attractive. Invasive bidirectional brain-computer interfaces (BCI’s) as proposed by Elon Musk and his Neuralink company will meet growing resistance, last-but-not least due to human rights laws. Unless it is matter of solving health problems, most humans dislike the idea of installing a device inside the brain. Other non-invasive efforts as recently announced by Facebook  to provide direct brain to cloud communication might have a better chance of being accepted. Communication with IoT devices happens at WLAN speed. Consequently , whenever feasible, IoT devices will be used to stay in contact with the corporate ‘mind’.