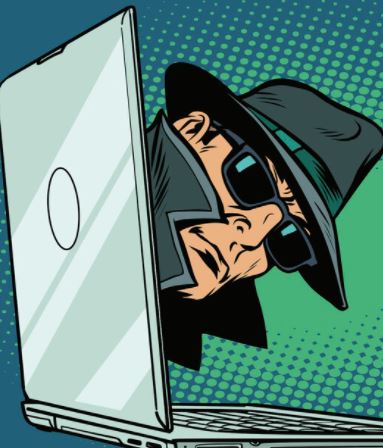 Spurred by human’s relentless drive towards wealth and happiness, the generation and accumulation of data has become the ‘fuel’ for modern society. This radical departure from a physical product focused economy has introduced a new mindset of innovation with artificial intelligence being a key driver. Along this line of reshaping our entire socioeconomic infrastructure, surveillance capitalism has emerged as one of the most significant challenges to our democratic concept of human existence.

Surveillance capitalism as threat to our personal autonomy and integrity

According to Wikipedia, surveillance capitalism is an economic system centred around the commodification of personal data with the core purpose of profit-making. The concept of surveillance capitalism arose as advertising companies, led by Google’s AdWords, saw the possibilities of using personal data to target consumers more precisely. Currently, the biggest “Big Other” actors next to Google (Alphabet) are Microsoft, Amazon, Facebook and Apple. Together, they collect and control unparalleled quantities of data on our behaviours, which they package as products and services. Today these companies are ranked in the top six of the world’s biggest companies by market capitalisation.  The most remarkable fact is that all this started just about 25 years ago, causing a significant strain on the majority of the population and its mental capacity to adapt to a data-driven way of life. Increased data collection may have various advantages for individuals and society such as self-optimization, societal optimizations (smart cities) and language -based interactive support services to name just a few. However, collecting and processing data in the context of capitalism’s core profit-making motive might present a danger to human liberty, autonomy and wellbeing.

In her latest book ‘The Age of Surveillance Capitalism’ Shoshana Zuboff, Professor at Harvard, provides a detailed examination of the unprecedented power of surveillance capitalism and the quest by powerful corporations to predict and control our behaviour. Vast wealth and power are accumulated in ominous new “behavioural futures markets,” where predictions as to our behavior are bought and sold and the production of goods and services is subordinated to a new “means of behavioral modification.” In her, book Zuboff identifies four key features in the logic of surveillance capitalism:

Zuboff warns that principles of self-determination might be forfeited due to “ignorance, helplessness, inattention, inconvenience, habituation, or drift”. She states that “we tend to rely on mental models, vocabularies and tools distilled from past catastrophes, referring to the twentieth century’s totalitarian nightmares or the monopolistic predations of Gilded Age capitalism.” In her view industrial capitalism exploited nature while surveillance capitalism now exploits human nature. Finally, she poses the question: “Will we be the Master of Information, or will we be its Slaves?”

Autonomy and the Declaration of Human Rights

The Universal Declaration of Human Rights reflects the common experiences and realities of 1948. In response to the global uncertainties of the post-war period, the Declaration was supposed to be a permanent and universal guarantee of some core rights. However, this Declaration stipulates a different understanding of the individual compared to the situation we face in the 21st century. During the last 60 years the introduction of computers and global internet-connectivity has resulted in a more complicated integration of humans in the processes of life. Today the individual is facing new challenges and problems that did not exist in 1948. What remains, and more importantly so, is that autonomy constitutes a prerequisite for the proper implementation of human rights, especially in a time of growing technological complexity. The exponential acceleration of  science and technology has introduced a dynamic component to the implementation of human rights which is intricately linked to the development of our personal autonomy starting around age 5 and continuing all the way towards the end of life. The stronger personal autonomy is, the more fulfilled and productive a human being may become in adapting to today’s socioeconomic demands. Hence, a mindset of personal autonomy is fundamental vis-à-vis the potential negative impacts of surveillance capitalism.

How to foster personal autonomy

In general, individuals exercise autonomy when they rely on their own judgement about how to act, guided by an authentic (not extrinsic) motivation for solving a problem. Personal, contextual, subjective and objective factors determine autonomy. Autonomy is not freedom “to do whatever one wants to do”. Harry Frankfurt, Professor Emeritus of Philosophy at Princeton University, defines two types of freedom: ‘freedom of action’ and ‘freedom of the will’. An individual with freedom of action could act in response to random wants or alien desires, not necessarily directed towards reaching a valued goal or fulfilling personal priority needs. In contrast, freedom of the will is related to autonomous desires; the individual endorses these desires with reflective self-evaluation. To Martha Nussbaum, Professor of Law and Ethics at the University of Chicago, autonomy is defined as “being able to form a conception of the good and to engage in critical reflection about the planning of one’s life”. Furthermore, she considers practical reasoning and affiliation as the two most important capabilities because individuals shape their lives in cooperation and reciprocity with others. The exercise of autonomy is possible in relations with others but could be constrained by others as well. Human development relies on autonomy because it expands human potentials and people’s opportunities to participate in social life. More autonomous people are in a better position to expand the potentials they value most. If necessary, they can enact significant social change in coordination with others to pursue common goals, improving their present and future well-being as a process of personality development.

The genetic part of our personality

Using artificial intelligence techniques, researchers at Washington University, studying the role of genes and the environment in shaping our personalities, have identified the gene networks largely responsible for the development of personality. Those networks include 972 individual genes linked to aspects of personality, such as self-awareness, intentionality — which has to do with a person being deliberate or purposeful — and creative thinking relating to the purpose and meaning a person hopes to achieve. The findings also suggest that, regardless of genes and environmental factors, individuals still possess the capacity to make choices that can influence personality as well and that those choices can result in personality changes over time. “Personality is an individual’s unique pattern of behaviours, feelings and thoughts, and those factors are strong predictors of physical, mental and social health,” says the study’s senior investigator, Robert Cloninger, Professor Emeritus in Psychiatry at Washington University. “A better understanding of how those factors work together could contribute to improvements in psychiatric and general health for people around the world. In addition to genes, a person’s environment — which might include home life, family income level, education, rural or urban living — also influences personality,” he said. “Our personalities develop from the actions of both genetic and environmental factors, as well as interactions between genes and between genes and environment. Although there are many combinations of genetic and environmental influences, as human beings we still have the capacity to freely choose some aspects of how our personalities develop. With the influence of genes and environmental factors, an individual’s free will is also involved in how his or her personality develops, as well as how it might change over time.”

Internet-Connectivity as catalyst for personal development

Present day life in industrial societies is unthinkable without internet-connectivity and the many applications  based on this connectivity. As our personal interests and transactions  are recorded, leaving a huge footprint of data  concerning our personality, surveillance capitalism offers many scenarios of misuse and criminal actions against our integrity. However, this footprint can also be a source for self-reflection, which above all distinguishes humans from any other species. Interaction with this data, supported by analytical assessments, can assist the development of our personality. Research found that, given a chance, most people would like to change or modify some aspects of their personality they consider troubling. A study conducted in 2020 by researchers associated with the University of Zurich,  provides a first step towards understanding how smartphones may be used for behavioural assessment of personality states and the potential of interactively assisting in changing behaviour. They explored the relationships between the Big Five personality states (extraversion, agreeableness, openness, conscientiousness and neuroticism) with data from smartphone sensors and usage logs generated with an interactive smartphone app. Following these recordings, machine learning was applied to investigate the predictability of personality states based on suggested modifications in behaviour. Given that this novel intervention approach proves effective, it could be easily implemented in various non-clinical settings and could reach large numbers of people due to its low-threshold character and technical scalability.

Numerous organizations have been struggling for free speech and privacy rights in response to the threats of surveillance capitalism and its related ethical issues while various national governments have enacted privacy protection laws. Government attention towards the dangers of surveillance capitalism increased after the exposure of the Facebook-Cambridge Analytica data scandal that occurred in early 2018. In response to the misuse of mass-surveillance, multiple states have taken preventive measures. The European Union, for example, has defined the rules and regulations on misusing big data with a legal framework known as the ‘General Data Protection Regulations’. However, implementing preventative measures against the misuse of mass-surveillance is difficult for many countries as it may require structural changes to their existing legal framework. Moreover, rising cybercrime activities demanding ransom after database intrusion and shutdown of an organisation’s entire IT-operation, are eroding the trust required for advancing AI-supported personality development. The frequency of these crimes is increasing rapidly. An EU report published in 2020 found that ransomware attacks increased by 365% in 2019 compared to the previous year. Since then, the situation is likely to have become much worse. The US security company PurpleSec has suggested that overall business losses caused by ransomware attacks might have exceeded USD 20 billion in 2020. The problem is global and to solve it requires a global solution.