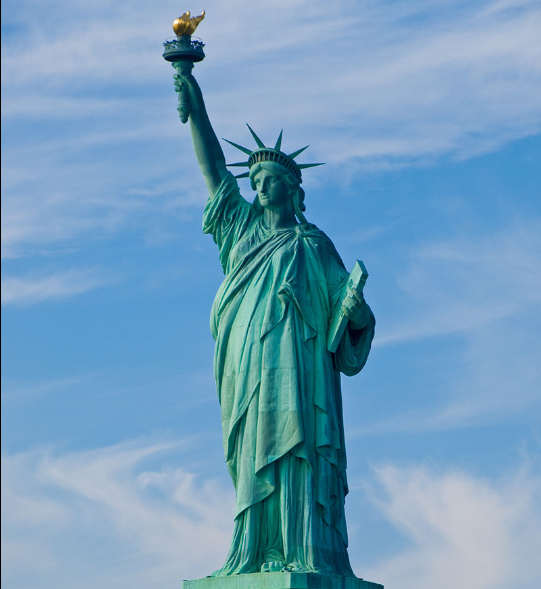 For centuries, philosophers and theologians have almost unanimously held the view that civilization, as we know it, depends on a widespread belief in free will—and that losing this belief could result in turmoil. Our code of ethics assumes that we can freely choose between right and wrong and pursue the good, instead of merely being compelled by appetites and desires. The sciences claim that all human behavior can be explained by the laws of cause and effect. This shift in perception is the continuation of an intellectual revolution that began about 150 years ago, when Charles Darwin first published ‘On the Origin of Species’. Shortly after Darwin put forth his theory of evolution, his cousin Sir Francis Galton began to draw out the implications: If we have evolved, then mental faculties like intelligence must be hereditary. In this deterministic interpretation of will, our ability to choose our fate is not free, but depends on our biological inheritance and what has been imprinted on us by the environment. Many scientists cannot imagine how the idea of free will could be reconciled with the laws of physics and chemistry. Some brain researchers say that the brain is just a bunch of nerve cells that fire as a direct result of chemical and electrical events, with no room for free will. Others note that people are unaware of some causes of their behavior, such as unconscious cues or genetic predispositions, and extrapolate to suggest that all behavior may be caused that way, so that conscious choosing is an illusion. The growing impact of AI in our daily lives adds an additional dimension of concern to this ongoing discussion believing in free will.

The psychology of free will

Hardly anyone denies that people engage in logical reasoning and self-control to make choices. There is a genuine psychological reality behind the idea of free will. The debate is merely about whether this reality deserves to be called ‘free will’. It seems that when people stop believing that they can exercise free will, they stop seeing themselves as responsible for their actions. Consequently, they act less responsibly and give in to their baser instincts. A pioneer of research into the psychology of free will, Roy Baumeister of Florida State University, has extended these findings. For example, he and colleagues found that students with a weaker belief in free will were less likely to volunteer their time to help a classmate than were those whose belief in free will was stronger. Further studies by Baumeister and colleagues have linked a diminished belief in free will to stress, unhappiness, and a lesser commitment to relationships. They found that when subjects were induced to believe that “all human actions derive from prior events and ultimately can be understood in terms of the movement of molecules,” those subjects came away with a lower sense of life’s meaningfulness. Early this year, other researchers published a study showing that a weaker belief in free will correlates with poor academic performance. The list goes on: Believing that free will is an illusion has been shown to make people less creative, more likely to conform, less willing to learn from their mistakes, and less grateful toward one another. In every regard, it seems, when we embrace determinism, we indulge our dark side.

A Historians/Philosophers View: Humans are algorithmic choosers who lack free will

One remarkable development of twentieth century science is the discovery that both physical structures and the communication of ideas can be assembled based on algorithms that make use of codes. The genetic code helps living organisms assemble the basics of other living organisms and guide their development. Verbal languages provide us with alphabets and with grammatical rules that govern the sequencing of the words to construct sentences and stories that narrate events or explain ideas. These solid and interesting facts, however, have given rise to the sweeping notion that natural organisms would be reducible to algorithms or fully explainable by algorithms.  Prof. Yuval Noah Harari, historian, philosopher and best-selling author of ‘Sapiens’ and ‘Homo Deus’. was recently asked to pick one idea that would prove most influential in the next 50 years. His response: “It’s definitely the algorithm”. He added that current biology can be summarized in three words: “Organisms are algorithms.” In his view biology and computer science are converging because the “basic insight that unites the biological with the electronic is that bodies and brains are also algorithms.” He warns of a very pessimistic future for our species which may be superseded by non-conscious Artificial Intelligence that can do anything we can and more. The presupposition is that humans are algorithmic choosers who lack free will. On such an assumption, our labour will become economically worthless once AI reaches a certain level.

A Neuroscientist’s View: Living organisms are not algorithms

Some neuroscientists like Prof. Antonio Damasio, author of several best-selling books on emotions and consciousness, voice the opinion that Harari’s statement that living organisms are algorithms is, in the very least, misleading and in strict terms, false. Algorithms are formulas, recipes, enumerations of steps in the construction of a predicted result. As noted, living organisms, including human organisms, use code-dependent algorithms such as the genetic machinery. But while, to a certain extent, living organisms are constructed according to algorithms, they are not algorithms themselves. They are consequences of the engagement of algorithms. The critical issue, however, is that living organisms are collections of tissues, organs and systems within which every component cell is a vulnerable living entity made of proteins, lipids and sugars. They are not lines of code. The substrate of life which makes up our body is composed of organized chemistry, thermodynamics and the imperative of homeostasis. To the best of our current knowledge, that substrate is essential to explain who we are. The abundant presence of conscious feeling and creative intelligence in humans guarantees that the execution of free will is possible. Our freedom to run against the impulses that the good or bad of our natures attempt to impose on us is limited, but the fact remains that we can act against such impulses.

The Impact of Artificial Empathy

It is well documented that human decision-making is influenced by emotions and empathy. The application of empathy to interactive communications, using AI for emotion sensing and emotional feedback, is rapidly gaining ground. Voice activated bots (robots) or simulated human avatars apply empathy with positive as well as negative implications:

Considering the negative implications, one can raise the question if free will, as stipulated by Damasio, cannot act as a regulative force to avoid the loss of self-control. In contrast we are faced with Harari’s bleak outlook that AI based algorithms will govern our future and human consciousness and human labour will become obsolete. It seems obvious that we are rapidly approaching a crossroad in respect to the future of homo sapiens and his relationship to AI machines: are humans master or slave?

The raise of Google, Amazon, Facebook, Microsoft and Apple, taking advantage of the internet

as the global communication medium has created economic superpowers so rapidly that any control mechanisms of western governments, like antitrust provisions etc., have failed. Amassing huge amounts of financial resources and hiring the world’s best brains, these companies clearly dominate AI today. The business model to provide free services in exchange for personal data continuous to generate enormous amounts of cash which in turn is reinvested to further exploit the vast potential of AI technology. What started as a search-engine service only 20 years ago is now capable of an emotional relationship with its users. People are willing to form relationships with artificial agents, provided they are sophisticated enough and capable of adaptive personalization. Experience shows that people volunteer deep secrets to artificial agents, like their dreams for the future, details of their love lives, even passwords. With the seductive and addictive powers of emotionally intelligent services as Google &Co continue to provide, there is a valid concern that exercising human free will and consciousness will diminish over time. The misuse of emotional AI to create addiction is a slow process and we might not even realize that our identity and integrity is gradually being corrupted. On the positive side, the application of emotional AI can advance our own economic and personal value to an unprecedented level if we maintain our conscious identity, based on a mindset of free will.

We have seen how technology like social media can be powerful in changing human beliefs and behavior. Systems specifically designed to form relationships with a human will have much more power. AI will influence how we think, and how we treat others. Unfortunately, the commercial forces driving technology development are not always benevolent. The giant companies at the forefront of AI—across social media, search, and e-commerce—drive the value of their shares by increasing traffic, consumption, and addiction to their technology. This requires a new level of corporate responsibility. We need to deliberately and consciously build AI that will improve the human condition—not just pursue the immediate financial gain of gazillions of addicted users.