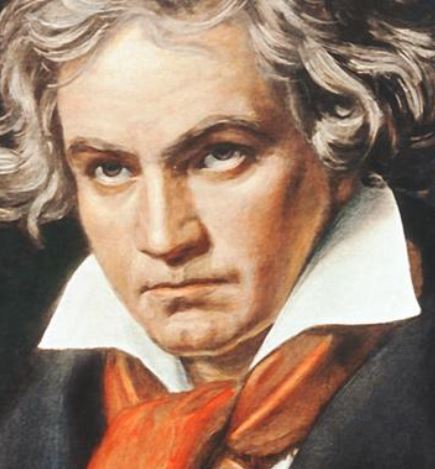 In December 2018 Christie’s auctioned off a piece of AI generated artwork titled the Portrait of Edmond de Belamy for USD 432’500. The AI algorithm that created the art – a generative adversarial network (GAN) developed by a Paris-based collective – was fed a data set of 15’000 portraits covering six centuries in order to replicate the style applied in generating the portrait. The October 2021 release of Beethoven’s unfinished tenth symphony, created by a team of musical experts with the support of AI-technology, resulted in widespread media coverage similar to the presentation of the Belamy portrait. Distribution of digital art is a rapidly growing business, tightly connected to blockchain-technology for protecting the author’s intellectual property rights with so-called NFTs (Non-Fungible-Tokens). Yet, how can one assess if art generated by algorithms is really ‘art’? By going ‘digital’ the distribution of art has opened new opportunities for artists and consumers alike. However, creating art with AI raises fundamental questions, implicating issues more of mystery than of science.

Art as an Expression of Freedom

From early pre-historic all the way to contemporary art, artistic works have existed for almost as long as humans began to reflect and think how to develop tools for survival. Cave art, dating back to the Ice Age somewhere between 40’000 and 14’000 years ago, illustrates human’s capacity to create works of art, contemplating their experience of survival and their encounter with nature. Around 300 BC, Aristotle, the Greek philosopher and polymath, considered  music to be mimetic or imitative art, each varying in imitation by medium, object, and manner based on its rhythm and harmony. He believed that imitation is natural to mankind and constitutes one of mankind’s advantages over animals. The more recent sense of the word art as an abbreviation for creative art or fine art emerged in the early 17th century. Fine art refers to a skill used to express the artist’s creativity, or to engage the audience’s aesthetic sensibilities and to draw the audience towards a more refined or finer work of art. According to Wikipedia, creative arts are a collection of disciplines which produce artworks that are compelled by a personal drive and convey a message, mood, or symbolism for the perceiver. Art is something that stimulates an individual’s thoughts, emotions, beliefs, or ideas through the senses. Works of art can be explicitly made for this purpose or interpreted on the basis of images or objects. For some scholars like Immanuel Kant, the Sciences and the Arts could be distinguished by taking Science as representing the domain of knowledge and the Arts as representing the domain of the freedom of artistic expression.

The Relationship between Creativity and Art

Creativity encompasses the ability to discover new and original ideas, connections and solutions to problems. It is a part of our drive as humans—fostering resilience, sparking joy, and providing opportunities for self-actualization. An act of creativity can be grand and inspiring, such as crafting a beautiful painting or designing an innovative company. Everyone possesses some measure of creativity, especially noticeable in young children. According to Wikipedia, currently about 150 theories about creativity – addressing psychological, philosophical and scientific issues –  exist. With the ongoing research in Neuroscience the list is growing, for example according to the theory that creative people may engage three brain regions—the default mode network, the salience network, and the executive control network. The default mode network helps to generate ideas, the executive control network evaluates them, and the salience network identifies which ideas are relevant and important. Most of the time, ideas develop from the steady percolation and evaluation of thoughts and feelings. Sometimes a notion breaks through in a flash of insight that is as unexpected as it is convincing and true. These so-called ‘aha- or eureka-moments’ might be the flash of lightening that connects creator and perceiver as the initial source of a highly acclaimed work of art. Can this flash of a human mind and its underlying emotional experience be replicated by intelligence and mapped by an intelligent machine? So far the answer is ‘no’.

When the composer died in 1827, only a few handwritten sketches  and incomplete fragments for the creation of his tenth symphony existed. To mark the 250th anniversary of his birth, German Telekom put together a team of experts with the request to finish Beethoven’s tenth. Musicologists, composers and computer scientists attempted to analyse and learn Beethoven’s style in such a way that they could complete his unfinished symphony with the support of AI. To ‘teach’ the computer, symphonies, piano sonatas and string quartets composed by Beethoven were fed into the program that ‘trained’ the AI-system to compose a Beethoven-like symphony. The results that matched best Beethoven’s style were fed back into the system as new notes and scripts were added. “We wanted to test the state-of-the-art in generating music. Doing so, we used some modules of what’s called natural language processing,” said Ahmed Elgammal, director of the Art & Artificial Intelligence Laboratory at Rutgers University and developer of the ‘Beethoven- AI’ software. Using his completed symphonies as a template, the team of experts attempted to piece together the puzzle of where the fragments of notes should go, for example determining whether a note indicated the starting point of a scherzo. Or they might determine that a line of music was likely the basis of a fugue, which is a melody created by interweaving parts that echo a central theme. Next, because the continuation of a phrase also needs to follow a certain musical form, whether it’s a scherzo, trio or fugue, the AI needed to learn Beethoven’s process for developing these forms. The team had to teach the AI how to take a melodic line and harmonize it. Finally, once a full composition existed , the AI had to figure out how to orchestrate it, assigning different instruments for different parts of the composition. After 18 months of intense collaboration, the tenth symphony was finally ready for public performance with the following provided as an introduction:

From Digital Art to NFTs (Non-Fungible-Tokens)

An NFT is a digital asset that can represent real-world objects of art. NFTs are bought and sold online or auctioned, often paid for with cryptocurrency and encoded with the same underlying software. NFTs are generally one of a kind, or at least one of a very limited run. While NFTs appear to be nothing more than digital art files they are often accompanied by smart contracts that detail any additional benefits or terms attached to the NFT purchase, especially in respect to intellectual property rights. During the lifetime of the NFT owners can customize these contracts according to their needs. In recent months NFT trading of digital art has gained immense popularity, with millions of dollars in sales. In respect to music several ways exist to create NFTs. When played, individuals can identify the underlying musical asset as proof of ownership for trading and royalties. This provides artists with new means to monetizing their work as they maintain ownership over their original works of Art. In the future, artists may sell their NFTs directly to retailers like they once did with self-produced CDs. To support the application of NFTs new Platforms are emerging such as Playform – Create AI Art , providing AI as tool to expand one’s imagination and productivity without the need to get engaged  in coding.

Despite the recent excitement and hype about the potential of digital Art created with AI, one should remain realistic about the quality so far delivered. For example, a new Harry Potter chapter written by AI software that was ‘trained’ on J.K. Rowling’s seven lengthy novels with AI-based Natural Language Processing (NLP), produced ridiculous results.  In contrast, when an AI application produces a decent attempt of Art, it raises fundamental questions about why Art matters and its meaning for the creator and his audience. There is undoubtedly a fascination regarding the interplay between AI and the creative process, which Marcus du Sautoy, a professor at Oxford University, explores in his new book, “The Creativity Code.” Du Sautoy points out that at the foundation of artistic creativity implicates a great deal of structure—rules that can be described mathematically and through programming, especially so in music. As machines outsmart us in ever more domains, human creativity – at least in the foreseeable future- cannot be replicated by intelligent machines. However, AI applied as a tool, might augment the process of creating Art.

Creativity is as much part of human’s assets as our cognitive capability for solving problems. Art as a product of creativity establishes an emotional link between creator and perceiver, and it is a very personal decision how much room in one’s life is reserved for experiencing art. AI-technology can augment the human process of creating Art but by its own, intelligent machines just imitate existing Art, based on algorithms that detect patterns from selected data sets via images, text or sound. NFTs can unlock new markets for artists but that by itself does not enrich the intrinsic value of Art. Our perception of Art might change along the path of our evolutionary development. Regardless of time, experiencing Art in whatever form is likely to remain a fundamental asset of human existence.